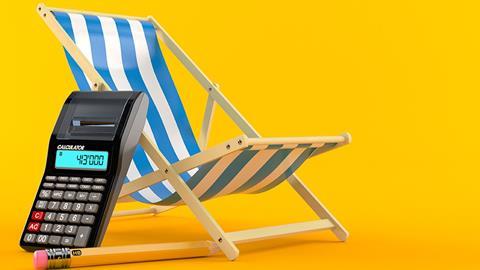 CECL in summer: Get ready for models, data, auditors

It may be summertime, but the living is not so easy for corporate finance staff preparing for a major new standard on credit losses.

Summer is the season to lock down how to reflect debt instruments in financial statements using a current expected credit losses approach. It’s also the time to shore up models and data, document conclusions, and prepare for auditors.

Public companies are facing a Jan. 1, 2020, effective date for the new CECL standard, more properly known as Accounting Standards Codification Topic 326 on credit losses. It does away with the historic, backward-looking approach to telling investors when borrowers are defaulting on loans, instead requiring entities to look ahead and book expected losses before they actually happen.

That naturally requires a heavy dose of judgment and estimating, which necessitates both historic and forecasting data. And that occurs under the watchful eye of auditors who are still in many ways adapting to demands from their regulators that they exercise more skepticism.

Companies in financial services have been working on CECL for some time. A handful of megabanks are already signaling to the market how their loan loss reserves will rise under the new approach.

More banks are expected to disclose more quantitative and qualitative detail with second- and third-quarter reports, says Stephen Masterson, risk advisory services managing director at BDO USA. “They are probably three months behind where they wanted to be at this time, but they will probably start parallel runs in July,” he says. “That’s enough time.”

Many of the larger banks found it took more time than they expected to access and aggregate the data necessary to feed into their chosen model, validate the data, get it into a software platform, and begin running scenarios, says Masterson. Parallel runs—or running the new model alongside the old before switching over—is helpful to assure the model is working as intended. “Make sure you’re comfortable with the answer,” he says.

Outside of financial services, some companies are still waking up to the CECL requirement and determining what they need to do to comply, says Troy Vollertsen, a partner and U.S. banking audit leader for Deloitte. “More attention is being paid to this,” he says. “CECL is now on the agenda.”

The Financial Accounting Standards Board is under some pressure to delay the effective date of CECL so its effect on the economy can be studied, but the board is only barely flinching. FASB Chairman Russ Golden recently said the board will take a closer look at effective dates in general, both for standards in development and those that are final but not yet effective, with an eye on whether smaller public companies should be given more time. That discussion is scheduled for later in July.

Despite discussions in Congress of a delay, accounting leaders are advising companies to operate under no assumptions. “Don’t count on a delay,” says Masterson. “Keep moving forward as aggressively as planned.”

“Don’t count on a delay. Keep moving forward as aggressively as planned.”

Whatever the state of implementation at any given company, now is the time to assure models and data are audit-ready, whether working with internal information or numbers provided by a third party, says Alex Fredericks, a partner in the Americas financial accounting advisory services at EY. “From an audit perspective, you can’t just blindly use data given to you by a third party,” he says.

The audit scrutiny will be similar to that called for by the Securities and Exchange Commission and the Public Company Accounting Oversight Board a few years ago when concern rose over third-party pricing services used in valuations, says Fredericks. “You have to understand how the third party came up with it, what controls are around it,” he says. “It will be a similar analysis for internal control procedures.”

Auditors are forming game plans for how they will size up CECL models, says Graham Dyer, a partner in Grant Thornton’s accounting principles group. For starters, auditors will want to know how companies have pooled assets or how they’ve grouped or categorized assets for modeling purposes.

The standard provides some flexibility for how an entity should go about estimating its credit losses, says Dyer, but auditors will want to be able to walk through the thought process to understand the approach a company has chosen. “You have to be prepared to explain why management believes this reflects the best estimate of expected credit losses,” he says.

Auditors will also want to understand the relevance and reliability of data used to build the model, says Dyer. “Whether it’s your own or data you acquired from the outside, how have you evaluated the sufficiency and relevance of the data?” he says. “Do you have the right data? Do you have enough of it? How do you know the data is what you say it is?”

Finally, auditors will also be scrutinizing documentation, says Dyer. That’s how they will get comfortable with the numerous assumptions and estimates that will be inherent to CECL modeling, he says. “There’s currently some hand-wringing among auditors on how to access the inner workings of third-party models and the relevance and reliability of third-party data,” he says.

Fredericks is encouraging companies outside of financial services in particular to get engaged on CECL, even if they believe the effect will not be material to the company’s financial statements. “Every company is impacted by this, in one way, shape, or form,” he says. “On some level, everybody’s going to have to change their internal policies, procedures, and internal controls.”