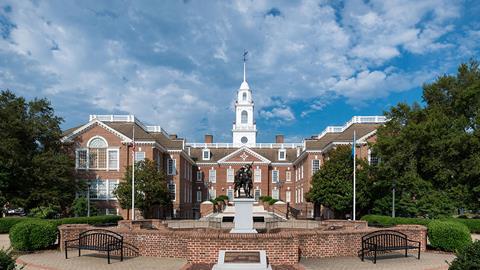 Notorious for its aggressive approach to collecting unclaimed property from companies, the state of Delaware is ramping up a revised approach with mailed notices that should not be misplaced or ignored.

Delaware Secretary of State Jeffrey Bullock is mailing notices to corporations that are incorporated in Delaware inviting them to join the state’s “voluntary disclosure agreement” program to resolve any outstanding unclaimed property issues. Companies are required by law to respond to the invitations within 60 days, or state officials can commence an audit.

Advisory firm Duff & Phelps says Delaware sent more than 100 such notices in 2018 followed by 200 more in February 2019 with plans to send as many as 800 to 1,000 in the first quarter. Making good on its audit commitment, the state reportedly is identifying companies that did not respond timely to the October invitation and sending them subsequent notices that they will be subject to an unclaimed property audit.

Delaware is expected to be “extremely active” with unclaimed property enforcement in 2019, according to the firm. Notices are expected to be sent to companies throughout the year.

With many U.S. companies incorporated in Delaware, the state has developed a reputation for ruthless enforcement of unclaimed property law to produce a significant source of state revenue. The state was known for arriving at interpretations of law that allowed them to estimate unclaimed property liabilities where companies lacked sufficient documentation and dispatching third-party audit firms working on a contingency basis to collect unclaimed property.

Legal challenges to the estimation and contingency-based audit approaches compelled Delaware authorities to come up with a retooled VDA program that the state is now rolling out, said Scott Regan, director at Duff & Phelps, during a recent Webcast. A company challenged the constitutionality of Delaware’s approach, prompting the state to invite all companies into the VDA program before commencing an audit.

Compared with the state’s prior approach, the VDA program is preferable, said Regan. “It’s a thorough program,” he said. “It can be laborious and difficult, but it is a much better program than the audit program.” Ending up in Delaware’s audit program also increases the risk of audit inquiries from other states, said Regan, because of the use of third-party audit firms that have contracts or relationships with other states.

Some companies are failing to answer Delaware’s VDA invitation not because they’ve rejected it but simply because the invitations sometimes get lost in the mail, said Regan. “There are a lot of ways that these things fall through cracks,” he said. “I’d recommend contacting the CFO’s office or your registered agent to find out if a letter has been received. Put them on notice to be aware.”