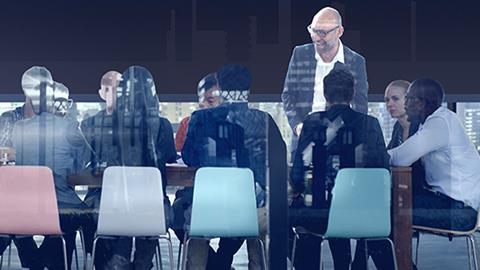 Audit committees continue to increase the amount of disclosures they are providing to shareholders across a wide variety of categories, according to a recent analysis conducted by EY.

EY’s Center for Board Matters measured this trend in its eighth annual assessment of voluntary disclosures by Fortune 100 companies relating to the important audit oversight role carried out by audit committees. For example, nearly 80 percent of companies in 2019 disclosed the audit committee is involved in selecting the lead audit partner; none of these companies made that disclosure in 2012, according to EY’s analysis.

Additionally, nearly 90 percent of companies disclosed the audit committee considers non-audit fees and services when assessing auditor independence versus just 16 percent in 2012. EY’s analysis also found two-thirds of companies stated they consider the impact of changing auditors when assessing whether to retain the current external auditor, and 78 percent disclose the tenure of the current auditor. That’s up from just 3 percent and 23 percent, respectively, in 2012.

Another key finding is that 64 percent of companies disclose factors used in the audit committee’s assessment of the external auditor qualifications and work quality, which is four times the 16 percent that did so in 2012.

More disclosures on the way

Even more audit-related disclosures are on the way, as new disclosures are required of auditors by the Public Company Accounting Oversight Board (PCAOB). Starting this year, auditors of large public companies must begin to disclose critical audit matters (CAMs) in their reports about 2019 audits—effectively providing a new audit-related information source to investors.

Officially, CAMs are those issues related to accounts or disclosures material to financial statements that involved a high degree of auditor subjectivity or that were especially challenging or complex for auditors to audit and that are communicated or required to be communicated to audit committees.

According to an analysis published in September by Deloitte, large accelerated filers saw an average of 1.8 issues called out by auditors as CAMs in their first round of reporting. Across the 52 large accelerated filers with fiscal years ending June 30, 2019, the first round of CAMs called out goodwill and intangible assets more than any other accounting issue, followed by revenue and income taxes. Roughly one-third of CAMs reported in mid-2019 involved goodwill and intangible assets, while revenue drove roughly one-fifth.

Other disclosure requirements implemented over the last several years include the tenure of audit firms; the identity of engagement partners; and the identity of the names and locations of other accounting firms that participate in an audit, as well as the extent of their participation.