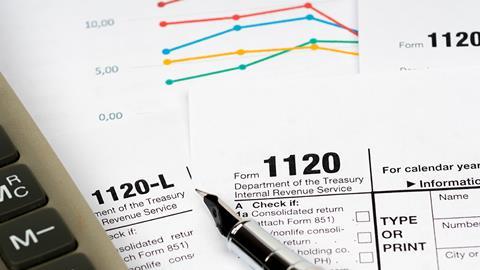 The Financial Accounting Standards Board has issued proposed changes to income tax disclosures to respond to feedback to an earlier proposal and to reflect changes under tax reform.

Under FASB’s newest intended change to GAAP, companies would disaggregate or separate certain disclosures by jurisdiction. Some would focus on differences between domestic and overseas tax differences, and some also would be broken down further by state. Public companies would face some additional disclosures as well, focused on unrecognized tax benefits and valuation allowances.

The new amendments would eliminate the requirement in GAAP for companies to disclose the nature and estimate of the range of reasonably possible change in unrecognized tax benefits in the next 12 months or an assertion that an estimate of the range is not possible. FASB said its concept statements, which govern the creation of new accounting standards, say disclosure of future-oriented information should be limited to information used to produce financial statements and footnotes.

The amendments also would modify rate reconciliation requirements so the guidance would be consistent with that required by the Securities and Exchange Commission under Regulation S-X. The board acknowledges the changes are narrow in scope but are important as part of the bigger effort to make disclosures more effective.

The Tax Cuts and Jobs Act made significant changes to the taxation on U.S. entities of earnings they generate in other countries. The Internal Revenue Service and the U.S. Treasury have spent months trying to produce guidance on the various provisions of the massive tax reform legislation, especially global intangible low-taxed income, or GILTI; the foreign-derived intangible income deduction, FDII; and the base-erosion and anti-abuse tax, or BEAT.

FASB is accepting comments on the proposal through May 31, 2019. An effective date will be determined after the board reviews the newest round of feedback.