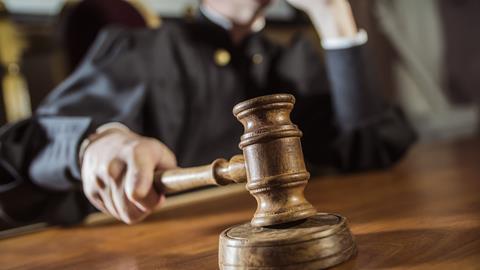 A former KPMG audit leader and a former inspections leader at the Public Company Accounting Oversight Board have been convicted of wire fraud in a scheme to subvert the inspections process with stolen confidential information.

David Middendorf, former national managing partner for audit quality at KPMG, and Jeffry Wada, former inspections leader at the PCAOB, were convicted on one count each of conspiracy to commit wire fraud. Middendorf was also convicted on three counts of wire fraud and Wada on two counts of wire fraud. They each were acquitted of one count of conspiracy to defraud the government. Maximum prison terms on each of the counts is 20 years.

Middendorf’s attorney, Nelson Boxer, says the case will continue in appeals. “We’ve been saying from the outset, in our court filings and arguments, that what occurred here was not a wire fraud, and we intend to continue to vigorously press that argument on appeal,” he said.

Middendorf and Wada, along with three others who earlier entered guilty pleas, were connected in a plot to illegally obtain confidential information from the PCAOB about which KPMG audits would be selected for inspection, which would enable auditors to better prepare those audit files for scrutiny. KPMG’s audit inspections results have ranked among the worst of the major audit firms, so auditors there have been under pressure to improve inspection outcomes.

The U.S. Department of Justice brought charges against Middendorf and Wada, along with Brian Sweet, Cynthia Holder, and Thomas Whittle, after an internal whistleblower noticed and called out the plot to firm leadership in early 2017. Sweet settled charges early on, with Holder and Whittle eventually following. Middendorf and Wada elected to take their cases to trial.

The plan constituted a “chain of corruption,” said U.S. Attorney Geoffrey Berman, in a statement. “Confidential PCAOB inspection information was taken at the behest of high-level executives at KPMG so they could cheat on inspections,” he said. “This confidential information was critical to the PCAOB and its core mission of ensuring audit quality.”

The PCAOB recently published its latest inspection findings at KPMG, delivering harsh results that reflect some rework following the discovery of the information leak. The board revised its reports for 2014 and 2015 to call out the firm’s failure to respond appropriately and timely to earlier quality control problems, and it published the firm’s 2016 results calling out 43 percent of audits as deficient.

After learning of the plan to subvert inspections, the PCAOB threw out 11 audits of financial services entities that were originally inspected in 2016 and selected 10 new ones to inspect. The PCAOB also published the firm’s 2017 inspection results showing 50 percent of audits contained deficiencies serious enough to report.