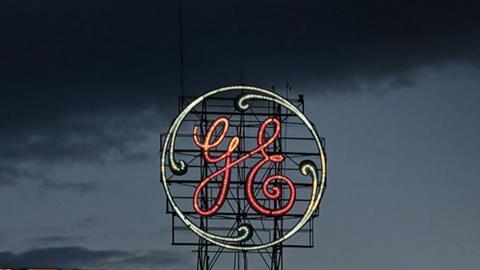 General Electric has been targeted by Bernie Madoff whistleblower Harry Markopolos with allegations of a $38 billion accounting fraud, which sent the company’s stock plunging to a six-month low.

In a 175-page report released Thursday, Markopolos alleges the company’s reporting contains falsified revenue and earnings, hidden losses and debt, misleading disclosures, and an overuse of non-GAAP metrics to mask true results. He also disclosed that his firm, Forensic Decisions PR, had an agreement with an unnamed third party that had a position in GE “designed to generate profits should the price of GE securities decrease.”

The report, posted openly on the firm’s Website, says it has been delivered to whistleblower programs at the Securities and Exchange Commission and the Department of Justice. It alleges GE is hiding $9.1 billion in losses in connection with its acquisition of Baker Hughes and nearly $20 billion in shortfalls associated with its long-term care reserves.

GE launched into action to minimize the damage the day the report was published, describing the claims as “meritless,” “serious,” and “unsubstantiated.” Calling out the report’s disclosure that Markopolos was compensated by an unnamed hedge fund, GE said “such funds are financially motivated to attempt to generate short selling in a company’s stock to create unnecessary volatility.” The statement also renounces the report’s allegations with respect to GE’s insurance business, accounting associated with a consolidated entity, and liquidity.

Chairman and CEO Larry Culp issued a statement describing the report as “market manipulation—pure and simple.” Culp purchased more than 250,000 shares of common stock at a price of $7.93 the same day the report was issued.

Culp said Markopolos did not contact the company to ask questions before publishing his report, which “goes to show that he is not interested in accurate financial analysis, but solely in generating downward volatility in GE stock so that he and his undisclosed hedge fund partner can personally profit,” he said.

Leslie Seidman, an independent director for GE who also chairs the company’s audit committee, appeared on CNBC the same day and described the report as “full of misleading, inaccurate, inflammatory statements.”

Seidman, former chair of the Financial Accounting Standards Board, described as “questionable at best” the accounting logic on which the report is based. “I don’t recognize some of the accounting practices that he describes as GAAP,” she said. She called it “baseless and inflammatory” to accuse GE’s current management team of fraud.

GE reports not only under U.S. Generally Accepted Accounting Principles for financial reporting purposes but also under statutory accounting principles for purposes of other regulators, such as insurance.

Like all public companies, GE also has adopted some major changes to accounting in recent years, most notably new rules on revenue recognition, which has caused a shift in reported results called out in the Markopolos report as questionable. The company will also transition to new rules for reporting insurance contracts, although FASB has signaled it plans to delay the planned effective date for that standard.

Seidman said the whistleblower report seems to lack an understanding of those different reporting requirements. “He seems to be conflating all those different bases of accounting,” said Seidman. “Is it because of incompetence? Or is there some other motivation?”

GE has disclosed it is under investigation by the SEC and the DOJ in connection with a $6.2 billion loss tied to the company’s insurance portfolio. More recently, the company said the SEC expanded its investigation to include a $22 billion impairment charge in late 2018.

The company reached a $50 million settlement with the SEC in 2009 over allegations of aggressive accounting maneuvers in 2002 and 2003 to mask unfavorable results, which had to be restated in 2006.