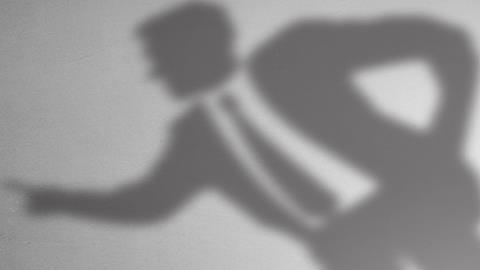 The Public Company Accounting Oversight Board is taking heat from a government watchdog group, which says the audit regulator is “doing a feeble job” protecting investors.

The Project on Government Oversight (POGO), which describes itself as a nonpartisan, independent group exposing waste, corruption, and abuse of power, says the PCAOB is putting the economy at risk by using a light hand to discipline auditors.

The group studied enforcement orders the PCAOB has issued since it was formed under the 2002 Sarbanes-Oxley Act and says the board has collected fines that amount to “figurative pocket change” for the Big Four. The report says the Big Four collected audit fees from companies subject to securities laws in 2018 of some $13.6 billion, yet have paid $6.5 million in fines over more than 16 years in connection with PCAOB actions.

The report also criticizes the PCAOB for focusing more of its enforcement activity on smaller firms. While Big Four firms audit virtually all companies in the Standard & Poor’s 500 and nearly half of all public companies, POGO says the board has issued 18 enforcement actions against Big Four firms or their auditors of the 302 total actions posted on the board’s Website as of late August.

The POGO report also examines inspection findings the PCAOB has delivered, pointing out a huge disparity between the number of violations of auditing standards listed in reports compared with the number of enforcement actions the board pursues. The report examines the philosophy behind how the board established its operations—pursuing more of a supervisory model than an enforcement approach—as well as the lack of transparency around the enforcement and inspection processes.

Citing a number of former PCAOB members, including former Chairman James Doty, as well as experts critical of the PCAOB, the report also includes extensive response from the PCAOB provided by spokesman Torrie Matous. “The PCAOB has finite resources available to it,” the report credits to Matous. “It therefore must prioritize those resources to focus on the activities that will allow it to accomplish its mission most effectively and efficiently. With respect to enforcement, this means that the PCAOB must prioritize carefully the matters it investigates and the cases it ultimately pursues.”

With respect to the level of fines, the report says Matous said the determination of whether to impose civil money penalties or other sanctions is based on a board assessment of whether the penalty is “necessary or appropriate” in the context of federal law or “is excessive, oppressive, inadequate, or otherwise not appropriate to the finding or the basis on which the sanction was imposed.” The board also considers the firms’ or individual auditors’ cooperation with actions.

Matous also provided a rare glimpse into the board’s hidden enforcement docket. The PCAOB is not permitted to disclose investigations to the public under Sarbanes-Oxley, and the board has traditionally provided no public information even in general terms about the number or nature of investigations it may be pursuing. Matous reportedly told POGO, however, as of Aug. 9, 2019, the board had only four undisclosed, ongoing cases in which the PCAOB had charged auditors with violations. The cases involve three firms and five auditors, POGO reports.