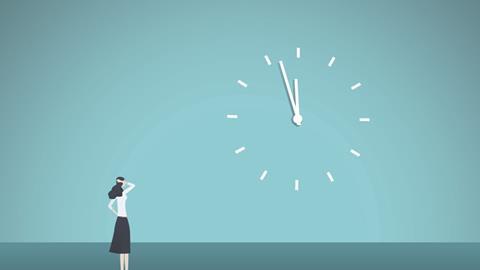 With the clock ticking on the exercise to adopt new lease accounting rules, companies are starting to prioritize the workload by focusing on materiality.

Public companies are required to begin reflecting leased assets and liabilities on corporate balance sheets beginning in 2019 as they adopt Accounting Standards Codification Topic 842. The adoption effort has proved daunting so far this year as companies wrapped up an even bigger effort in the first quarter to begin following a new method for recognizing revenue, which took effect Jan. 1, 2018.

Now as companies reach the half-year mark and count down the months to the lease accounting effective date, some are starting to take a materiality view of the work that remains. That’s the case at Bristol-Meyers Squibb, said Sima Basher, associate director for corporate consolidation and finance reporting for the company, who spoke recently at a one-day conference on the new accounting hosted by Deloitte and Bloomberg. The company’s collection of copiers scattered at offices around the globe, for instance, probably won’t make the final cut, she said.

Identifying real estate leases was relatively straightforward, said Basher, because the company has a centralized real estate team and management system, so those lease obligations were easier to find.  Equipment leases, however, for assets like vehicles and office copiers are not procured or managed through any kind of centralized system. That made the inventory and data collection associated with those leases more difficult.

Identifying leases embedded in service arrangements was the worst. “We have hundreds of thousands of arrangements,” she said. “We don’t have the bandwidth to go through every contract.” So the project team had to consider: “What’s the most practical approach?” she said.

That led to some consideration of materiality. The company has some 6,000 vehicle leases and more than 2,000 printers worldwide, said Basher. “When we got a hold of the obligation, it was $4 million,” she said. With a corporate balance sheet sporting $33 billion in assets worldwide, a smattering of printers worth $4 million is not exactly material.

“We scoped out that asset class by looking at it that way,” said Basher. “It won’t change our investor comfort or their reliance on financial statements.”

That materiality determination, however, scoping the asset class out of the lease accounting adoption effort, still had to pass muster with the company’s auditors, Basher said. The company had to lay out that conclusion in plenty of documentation to help auditors get comfortable with the conclusion.

A materiality approach is something other companies may want to consider as they begin counting down to the standard’s effective date, said Basher. “Especially if you’re in the early stages, you don’t have time to look at everything,” she said.

Jeanne McGovern, a partner at Deloitte, said she’s hearing that materiality discussion occurring at an increasing number of companies as the timeline available to prepare for the new accounting grows shorter. She’s encouraging companies to get auditors on board with all the critical steps and judgments that are developed, not the least of which is any kind of scoping that may be occurring based on a materiality consideration.

“Get your auditors involved early and often,” said McGovern. Companies need to be sure they don’t spring surprises on auditors late in the process. That’s important for auditors as they consider their risk assessments and plan their audit approach, especially around a standard like lease accounting, which promises to bring trillions of dollars in new assets and liabilities on to corporate balance sheets.

“What we’ve heard, especially most recently, is there just are not lease systems out there that can do what we need them to do and really track all those leases.”

McGovern said she sees many companies forming working groups or steering committees to dole out the implementation work. “Auditors should be engaged in those,” she said. “If we know how the company is approaching this, that helps with the audit planning process.”

Companies working through the implementation effort have discovered the IT systems and data collection issues to be far more difficult than understanding and executing the technical accounting requirements. In an on-site poll at the conference, only 12 percent of attendees said they had implemented a system to comply with the new rules, although it was not yet automated. Another 27 percent said they’re working on getting a system in place, and 61 percent had not yet started.

Kevin Vaughn, senior associate chief accountant at the Securities and Exchange Commission, says the staff is hearing even more lately that companies are struggling with technology problems. “What we’ve heard, especially most recently, is there just are not lease systems out there that can do what we need them to do and really track all those leases,” he said. That’s driving companies to accomplish what they can automatically and do what they must manually to comply by the effective date.

Even at Microsoft, one of only a handful of companies that elected to adopt the standard earlier than required, systems and data collection was challenging, said Alice Jolla, general manager of corporate accounting. One of the early challenges, ironically enough for the technology giant, was identifying and deploying a software solution, she said.

“Many of the providers were not ready,” said Jolla. Ultimately, Microsoft worked with KPMG jointly to co-develop a system, she said, addressing both lease administration and the accounting requirements. “If you haven’t started, you should start, like, now,” she said. “Don’t underestimate the amount of time it’s going to take.”

Bristol-Myers Squibb, which operates an SAP platform globally, identified an SAP module as its chosen solution to execute the new lease accounting, said Basher. But the implementation project team discovered too late that the lease accounting module was not fully compatible with the company’s existing system. Now the company is upgrading its SAP platform so the systems will be compatible. “Especially for multinational companies, there are tons of nuances,” she said.

Brandon Coleman, a partner at Deloitte, says companies need to be cognizant not only of the accounting requirements but also the disclosure requirements that come with the new standard. When adopting new standards, planning for disclosures often comes late in the implementation effort. That approach could yield some surprises with the lease rules, he warned.

The disclosure requirements under the new standard are extensive, Coleman said, and some of them will necessitate data that companies may not gather or analyze as a direct result of the accounting exercise, Coleman said. He, too, worries about the time that’s left before the standard takes effect and the amount of work many companies face to achieve compliance.

“Time is of the essence,” Coleman said. “We’re recommending you don’t wait any longer.” Especially if companies expect to need to adopt new technology, time is particularly short, he said. “That takes a while.”