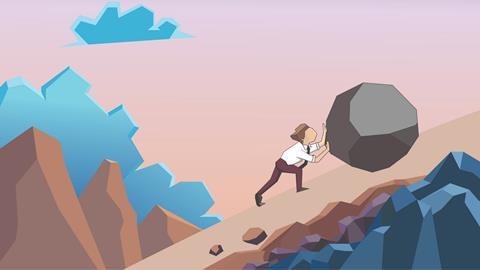 Despite warnings from regulators to prepare, global financial institutions still face a lot of work and uncertainty around the demise of a key benchmark interest rate, according to a new assessment.

Only about 40 percent of 177 global financial institutions and corporate leaders participating in a recent poll said their organizations have a unified and consistent approach in place to transition away from use of the London Interbank Offered Rate in financial contracts. LIBOR is the key rate referenced in some $400 trillion in contracts, such as derivatives, bonds, mortgages, and other loan agreements, that is expected to sunset at the end of 2021 after discovery of manipulation.

The report by professional services firm Accenture says nearly 15 percent of survey participants indicate their legal teams are ready to deal with the onslaught of contract modifications that need to occur, such as remediations, deal restructurings, and repapering. Only 14 percent say their risk management teams have a detailed understanding of the transition activities that need to occur and the effect it will have on risk management.

As a further indicator of the state of readiness for change, the report says 23 percent plan to allocate funds to product design in connection with the LIBOR change over the next three years, and only 17 percent see funding for operations and risk models, which Accenture says will be heavily affected during the transition.

The findings also suggest financial institutions are still not entirely sure what regulators expect or when they need to be ready for change. Nearly half of participants said they are not confident they understand regulatory expectations across jurisdictions, and an equivalent number expect regulators to provide some kind of relief.

Regulators that require banks to report data feeding into the calculation of LIBOR have indicated they will no longer require such reporting after 2021, suggesting the basis for LIBOR will diminish or cease to exist after that date. Yet the survey suggests some expect LIBOR may live on in some fashion. Roughly one-quarter indicated they expect LIBOR will not end abruptly at the end of 2021 but will taper down gradually after 2021.

The Securities and Exchange Commission and the Federal Reserve are urging companies to prepare more proactively for a transition away from LIBOR. The SEC staff described the issue as a matter of “urgency” in July, and a Federal Reserve official said preparing for the change “would be consistent with prudent risk management” as well as a duty owed to shareholders and clients.