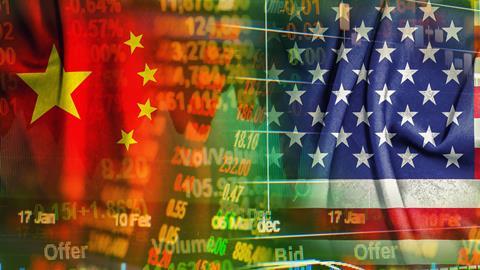 Bipartisan legislation in both houses of Congress proposes to increase oversight on foreign-based companies listed on U.S. exchanges and delist those that fail to comply in three years.

The act is meant to send a message especially to the Chinese government, which for years has blocked U.S-listed companies and their auditors in China from cooperating with U.S. regulators. The proposed legislation also seeks to better inform U.S. investors in the meantime of companies that are trading on U.S. exchanges without complying with listing requirements.

The Securities and Exchange Commission and the Public Company Accounting Oversight Board have for years tried various methods to impose regulatory requirements on China-based companies in particular that are not cooperating with routine audit inspections. Law in China threatens company and audit firm executives with harsh penalties, including lengthy prison terms, if they share audit documents with regulators outside China.

The PCAOB reached an agreement with Chinese officials in 2013, and the SEC attempted some targeted enforcement actions against audit firms in China that seemed to give U.S. regulators some limited access to audit firms to perform routine inspections. The SEC delivered a fresh warning again in late 2018.

However, the PCAOB continues to maintain a list on its website of nearly 250 U.S.-listed entities whose auditors continue to resist inspections, nearly all of which are located in China or Hong Kong. A few are also located in Belgium. The legal position of Chinese authorities is “effectively an obstacle to inspection of all, or nearly all, registered firms” in China and Hong Kong, the PCAOB says on its website.

The Ensuring Quality Information and Transparency for Abroad-Based Listings on our Exchanges Act, or EQUITABLE Act, would amend the Sarbanes-Oxley Act of 2002, which created the PCAOB and auditor oversight, to require the SEC to maintain a publicly available list of issuers and audit firms where PCAOB regulatory access is denied.

The law would require foreign-based companies to disclose what percentage of their shares are owned by government entities in a foreign jurisdiction and the name of “any official of the Chinese Community Party” on the company’s board. It also would prevent new listings for any company whose auditor is prohibited from cooperating with U.S. regulation and delist companies that do not cooperate.

“Our legislation would ensure that foreign companies comply with U.S. accounting regulations,” said Sen. Bob Menendez (D-N.J.) in a statement. “This will stop Chinese firms from hiding behind the Communist Party’s efforts to take advantage of our capital markets by withholding accounting information.”

The PCAOB and the SEC declined to comment on the legislation.