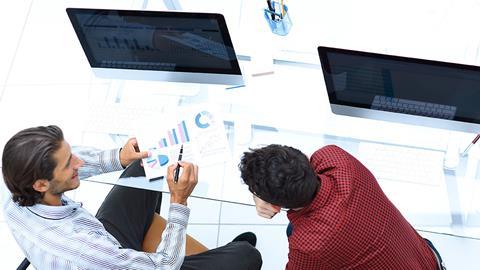 Nearly one-fourth of filings with the Securities and Exchange Commission in the final months of 2018 contained admissions of material weaknesses in internal control over financial reporting (ICFR).

According to an analysis by the Financial Execution & Research Foundation and Greenlight Technologies, 23 percent of the 5,600 annual and quarterly reports filed with the SEC in the fourth quarter of 2018 contained disclosures of material weaknesses, up 3 percent from the third quarter. More than 60 percent of those filings containing material weakness disclosures originated with companies reporting “little or no revenue,” the report said.

Above $100 million, fewer than 100 companies disclosed material weaknesses in either quarter. The number of companies with more than $1 billion, however, saw an increase in the reporting of control difficulties from the third to the fourth quarter last year. The analysis shows 24 companies in that top category reported material weaknesses in the third quarter, and that number rose to 46 in the fourth quarter for a 24 percent increase.

During that same timeframe, companies were moving quarter by quarter through their first year of reporting under the new revenue recognition standard. Based on SEC comments to filings in the first few quarters, companies faced some pressure to reconsider what they reported each quarter as they approached their first annual report under the new standard.

The SEC has also called on companies more broadly to continue to make improvements in their internal controls while the Public Company Accounting Oversight Board continues to lean on auditors to improve their audits of ICFR. SEC Chief Accountant Wes Bricker speaks frequently on the need for companies to be vigilant about the quality of ICFR, and he calls on audit committees to be more proactive in assessing the effectiveness of controls.

Still, the debate over the relative benefits and costs of internal control reporting, and especially the requirement for an audit over ICFR reports, continues. Smaller companies, those with market capitalizations below $75 million, are already exempt from the audit requirement, and a few members of the SEC, including Chairman Jay Clayton and Commissioner Hester Peirce, have said publicly they would support a reconsideration of the current reporting regime with respect to ICFR.