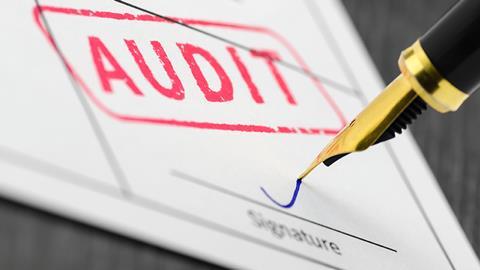 Despite Sarbanes-Oxley and other regulatory efforts to make auditors more independent and more skeptical, companies have still been able to shop for favorable external audit opinions, according to a new academic study.

In research published by a journal of the American Accounting Association, data across more than 11,000 distressed companies from 2004 through 2012 suggests companies in trouble can shop for a new audit firm that is less likely to raise red flags on company performance. The study says “opinion shopping” is correlated to less transparency, reduced audit quality, and greater likelihood of audit reporting failures.

The practice of opinion shopping—or putting an audit out for bid when the auditor begins applying pressure on corporate reporting—went under the microscope in the early days of Sarbanes-Oxley. Auditors faced more pressure under the law and under the watchful eye of the Public Company Accounting Oversight Board to exercise more skepticism and more independence from the companies they audit.

Now the new academic research suggests companies still may be able to get a lighter touch from auditors when they switch firms during times of distress. The study found, for example, nearly 60 percent of distressed companies in the research sample shopped for audit opinions, and only 16 percent of them received a going concern finding from auditors. That means auditors expressed doubt in their audit opinions that the company could remain a going concern.

As a way of contrast, among distressed companies in the research sample that did not appear to shop for a new audit opinion, 28 percent received the same going opinion from auditors. The study also concluded opinion shoppers were able to avoid the negative consequences normally associated with the going concern opinion. Of 142 companies that filed for bankruptcy, 45 percent of opinion shoppers had clean opinions compared with only 19 percent of non-shoppers, the study found.

The authors acknowledge that two new standards implemented after the research sample period could also have changed the current landscape. Both companies and auditors have adopted new standards since 2012 regarding the reporting to investors of questions about whether the company can continue as a going concern. Management now has a duty to warn investors if there’s reason to doubt the company’s ability to remain a going concern, while auditors must audit management’s disclosure and arrive at an opinion of their own.

“For regulators, our evidence is consistent with the concern that auditor switching for opinion shopping impairs auditor independence,” the authors of the study conclude. That suggests regulators need to work on more effective mechanisms to “curb opportunistic auditor switches,” the authors say.

The study also serves as a warning for investors and audit committees, according to the authors. “Our findings suggest the reliability of audit opinions and audit quality are hampered by clients’ opinion shopping,” the authors say.