A recent study from Audit Analytics, “SOX 404 Disclosures: A Fifteen-Year Review,” that analyzed internal control over financial reporting (ICFR) disclosures over the past 15 years reveals some interesting trends.

Part of the original Sarbanes Oxley Act of 2002, Section 404—or SOX 404 as it is often referred—mandates large companies (accelerated filers) review their ICFR to determine whether those controls are effective. That determination, known as adverse auditor attestations, helps those companies establish whether their financial statements are accurate and complete.

As seen in the chart below, a whopping 15.9 percent of accelerated filers disclosed ineffective ICFR in 2004, which was followed by six years of consecutive improvement, dropping all the way to just 3.5 percent in 2010. The percentage rose steadily over the next six years.

Why the change? According to Audit Analytics, “during 2010 and 2011 … [Public Company Accounting Oversight Board] inspections of audits began to determine if the audit process obtained adequate evidence to substantiate the auditor’s attestation of the management’s assessment regarding the effectiveness of ICFR.” That involvement from the PCAOB, notes the study, had a significant impact on the results. The figure rose to 6.7 percent in 2016, fell again in 2017 to 5.2 percent, and rebounded to 6 percent in 2018 (a value, notes the report, similar to 2014 and 2015). 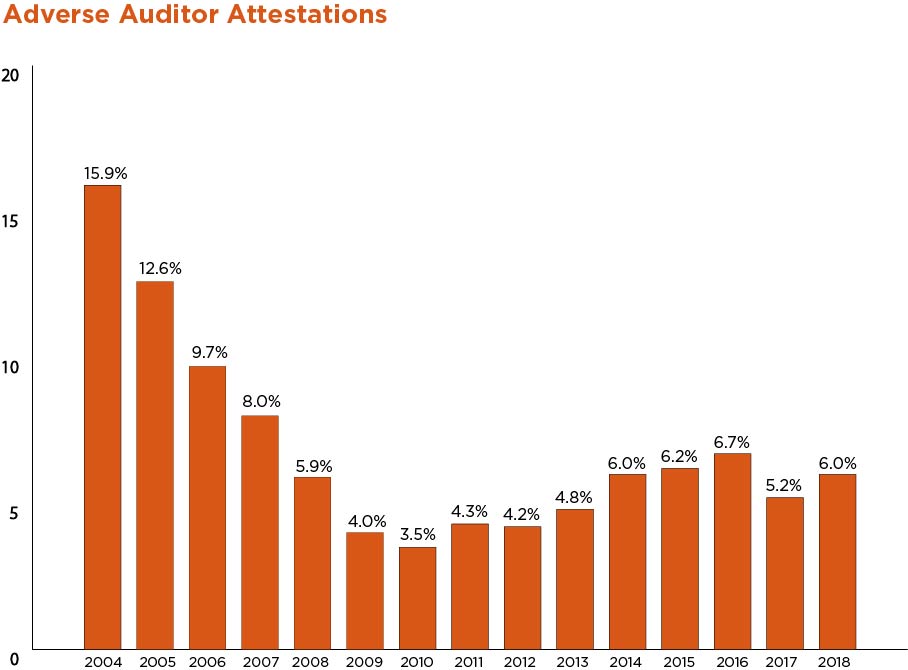 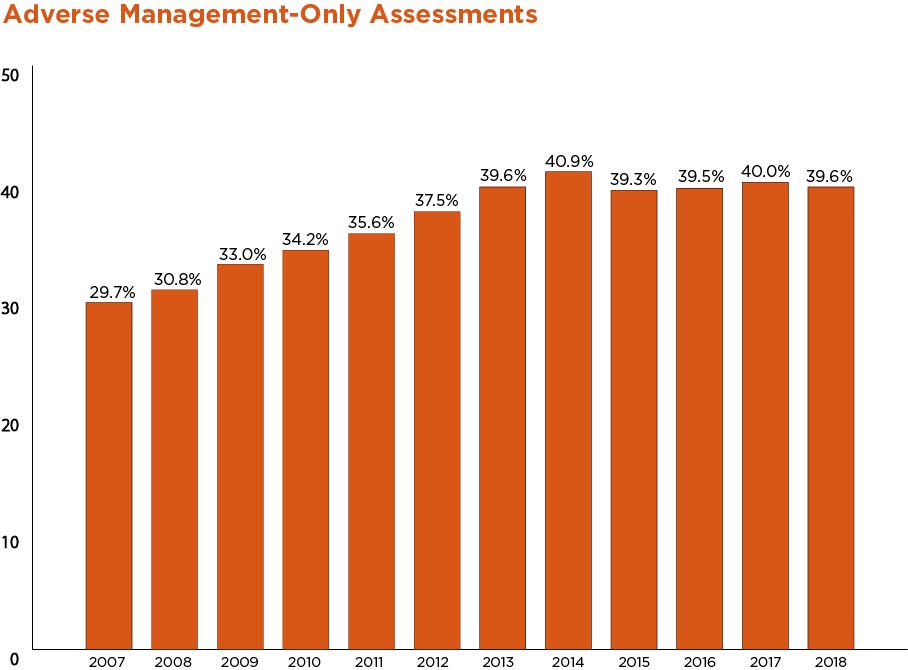 “The totals and trends noted above are more significant now that the SEC demonstrated in 2019 that it will not tolerate a habitual status of ineffective ICFRs and is prepared to fine companies that are unable or unwilling to correct such deficiencies,” says Don Whalen, general counsel and director of research at Audit Analytics.