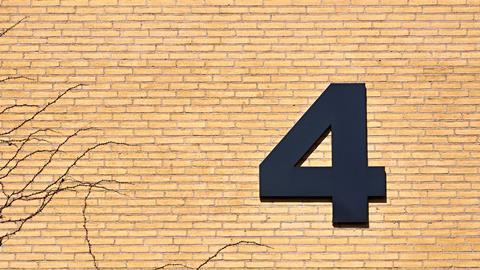 “None of us has a clue,” said PCAOB Chairman William McDonough when asked by the Financial Times in 2005 what audit regulators would do to prevent a Big Four collapse.

Passionate criticism has escalated dramatically, aimed at the Big Four accounting networks—Deloitte, EY, KPMG, and PwC—who together dominate audits of the world’s large companies. The center is London, where the noise levels turned up with the multibillion pound collapse in January 2018 of giant public works contractor Carillion.

Lengthy proceedings and multiple inquiries by regulators and politicians were launched on fast tracks. A committee charged by Parliament and led by Sir John Kingman reported in December, proposing a thorough re-engineering of the profession’s regulation.

Concerned by Big Four dominance, the Competition & Markets Authority’s hefty report of Dec. 18 had recommendations to restructure the entire model—ideas pursued in a series of hearings by Parliament’s Business, Energy and Industrial Strategy (BEIS) committee.

In a separate appendix, the CMA endorsed ”the importance of understanding the purpose and scope of audit before assessing whether audit was failing to meet its objectives”—a head-scratching exercise further taken up in a year-long project led by former London Stock Exchange Chair Donald Brydon.

Desirably, insights gained by the City’s great and good should temper the eagerness, as put by a member of the BEIS committee, to “just get on with it”—lest powers-that-be embark headlong on a journey without an identified destination. Yet the “solutions” being urged are of varying impracticality and ineffectiveness. They include two headline proposals tabled by the CMA:

Also on the menu are proposals that the Big Four should somehow be “broken up” in various ways—for which the advocates argue that cleaving them into separate smaller entities would somehow benefit the goal of improved audit quality.

Reality intrudes. Even with vision and authority, which they now lack, the regulators would create no new competition if, for example, a Big Four firm were split by industries lines, so that—for example— its banking and petroleum and technology practices were put in one piece and its insurance and healthcare and retail went to another. Nor would there be anything but disruption, wasted duplication of costs and resources, and a weakening of the surviving pieces if the two halves of Big Four industry practices were forced their separate ways.

Two other varieties of “break up” may be mentioned quickly, because for separate reasons, neither appears likely to be consequential:

A final Big Four “break up” proposal is more likely, and so deserves fuller attention—namely that their audit practices should be forcibly separated from the advisory and other ancillary services into which the firms have so robustly expanded over the last 20 years.

Here, absent supporting research or experience, the advocates fall back on enthusiasm and wishfulness, fantasizing that this purging of the Big Four would somehow restore them to a virtuous state of vestal purity.

It won’t work that way. Instead, denuding the Big Four of their consulting and advisory practices would degrade their audit performance, hamper their ability to serve their clients and the capital markets, and further weaken their already imperiled financial structures.

That’s because, to start, in a rapidly changing world, “audit only” fails to recognize the reshaped way information is gathered, analyzed, and verified. With the rise of artificial intelligence, data analytics, and drones and robotics, auditors will require more—not less—access to specialized skills and expertise.

As audit personnel are being displaced in the comprehensive data-gathering surveys of crop yields, offshore oil wells, and warehouse inventories, audit firms will require the scale, technical skills, and financial strength to adapt accordingly—lest they be displaced entirely by newly emerging providers.

Further, both the execution and the value of complex audits already require a broad range of specialist skills (see International Standards on Auditing 220 and the PCAOB’s Auditing Standard 1201). As put in Deloitte’s submission of Oct. 30, 2018, to the CMA:

“On complex audits we regularly use specialists from across corporate tax, transfer pricing, actuarial, IT and cyber risk advisory, data analytics, valuations and financial instruments together with industry specialists to identify risks and challenge management.”

The ability to tap those skills within their own organizations allows the auditors to identify conflicting interests—where such infrastructure would not be available in monitoring outside suppliers even though required by the professional standards (see ISA 620.9, AS 1210.10-.11).

More practically, an audit-only firm would lack the ability to recruit, train, and retain those necessary skills if only utilized as audit support—whereas mainstream work for non-audit clients provides the basis for investment and growth at the necessary scale and skill level.

A final point is dramatically under-examined: The financial resources and stability of the Big Four are threatened by litigation and law enforcement impositions far beyond their ability to withstand and survive.

Estimates I have calculated and published over the last dozen years, that a Big Four firm would not survive an enforceable judgment of from $1 billion-$3 billion, have never been challenged or subject to open discussion—although fines on that scale have been commonplace since the crisis of 2007-2008, and it was the litigation exposure of Enron’s $67 billion bankruptcy that proximately caused the disintegration of Arthur Andersen in 2002.

Audit services now represent considerably less than a majority of Big Four revenues—globally, from their Websites, the 2018 percentages are: Deloitte-24 percent, EY-36 percent, KPMG-38 percent, and PwC-41 percent. If deprived of the financial resources provided by their ancillary services, their fragility would reset dramatically downward, at a time when looming survival threats already abound.

Space limitations prevent treatment of other legitimate concerns over “audit only”—such as the negative impact on recruiting and career-building for the next generation, and the challenges of complexity and enforceability considering the multinational cross-border needs of a large-company audit.

Suffice, that “audit only” is not a policy that would serve the legitimate goal of improving and evolving this recognizably valuable service.

To summarize, across the pending menu of narrow and partial ideas, a sense of dreary frustration comes down to a matter of vision. While the regulators profess urgency, the competing awareness that no “silver bullet” exists suggests that they are on a journey without a map.

Put differently, the tensions between and among the Big Audit players are deeply interconnected. They include:

Action on any one of these affects them all, and no solution can be adequate that is not holistic and comprehensive. The convocation of all the players necessary for discussion and debate at that level still remains to be launched.

Jim Peterson was a 19-year veteran of the in-house legal group of Arthur Andersen and currently writes about the accounting profession.