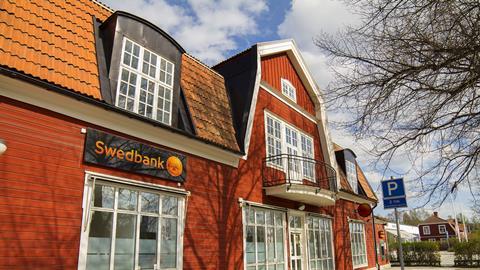 What Swedbank is saying about its multiple investigations

It has been a tumultuous few weeks for Swedbank as it fends off several investigations, including for money laundering and insider trading.

On 28 March, Swedbank’s board of directors said it dismissed Chief Executive Officer Birgitte Bonnesen amid allegations that the bank was used to launder billions of dollars out of Russia under her watch. At the same meeting, the board appointed current CFO Anders Karlsson as acting president and CEO.

The bank is currently under investigation by financial supervisory authorities in both Sweden and Estonia, as well as the United States. “The developments during the past days have created an enormous pressure for the bank,” said Swedbank Chair Lars Idermark. “Therefore, the board has decided to dismiss Birgitte Bonnesen from her position.”

Bonnesen spent much of her final days at Swedbank defending the bank’s practices and commenting on the investigations. On 15 March, Bonnesen in a statement defended the bank’s anti-money laundering (AML) compliance practices: “Swedbank takes its anti-money laundering responsibilities seriously and devotes significant resources to satisfying its obligations,” she said. “This is a complex task that can include monitoring transactions, identifying potential red flags and performing analysis.”

“This is an ongoing process, around the clock, every day of the year,” Bonnesen added. “When suspected money laundering is identified, we are committed to complying with our obligations.”

The statement was in response to information that Swedbank received from Swedish television program Uppdrag granskning that aired on 14 March, citing a report that Swedbank made last autumn concerning transactions between customers in Swedbank and customers in Danske Bank.

“In 2018, Swedbank on its own initiative in response to public information regarding Danske Bank made an analysis of payments between customers in Danske Bank and Swedbank,” the bank stated. That analysis looked at payments made during 2007 through 2015.

That analyses of transactions assessed whether there were any “deviating customer behaviours” and included “information that the customers themselves have stated to the bank,” Bonnesen said. Additionally, “we looked at both current and former customers in the Baltic countries,” she said.

“Following the result of the first review, we proceeded with an in-depth analysis of approximately 2,000 customers throughout the Baltic countries,” Bonnesen continued. “In many cases, there was no need to act further, but in some cases we proceeded with, among other things reports to the finance police.”

In a separate ongoing investigation by the Swedish Economic Crime Authority (EBM), Swedbank confirmed on 27 March that its headquarters in Sundbyberg was raided by police amid allegations that the bank breached insider rules by giving its biggest investors advance notice of a 20 February laundering report.

“The official offence refers to unlawful disclosure of inside information and aggravated swindling,” Bonnesen said in a statement released that same day, one day before she was dismissed by the board. “As communicated before, and at this point in time, no individual or legal entity has been served suspicion of a crime. We will cooperate with EBM and we await the conclusions of the authority.”

In that same statement, Bonnesen also commented on media reports regarding the bank’s dealings with enforcement authorities. “We have today seen serious accusations in the media—for example, accusations that we have mislead U.S. authorities,” she said. “Swedbank believes that it has been truthful and accurate in its communications with all government authorities. We will continue to cooperate with all relevant authorities in connection with this matter.”