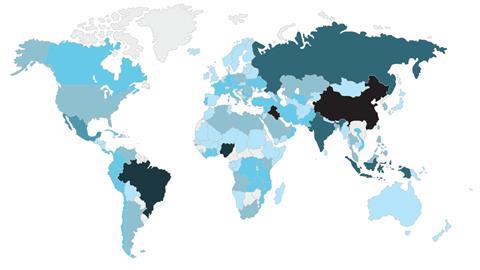 Europe’s anti-corruption efforts are escalating and now account for more than half of all foreign bribery investigations globally, surpassing the United States, which maintains the strongest overall enforcement record for bribery and corruption. Elsewhere around the world, domestic foreign bribery enforcement is on the rise, effectively resulting in many corporate enforcement actions.

Those are just a few key findings to come from the 2018 Global Enforcement Report conducted by anti-bribery group TRACE International. It serves as a helpful resource for compliance, risk, and legal teams that want to better understand which countries are enforcing anti-bribery laws or where bribery and corruption is prevalent to guide their risk management efforts.

The report provides a global glimpse into all known enforcement activity—investigations, enforcement actions, and declinations—starting with the first U.S. prosecutions of bribery cases in 1977, following enactment of the U.S. Foreign Corrupt Practices Act. The latest data covers enforcement activity through Dec. 31, 2018, and is based primarily on cases and investigations tracked in the TRACE Compendium, an online database of cross-border corruption cases.

The findings, broken down by country and industry, are analyzed in more detail below.

Companies or individuals from the Americas and Asia Pacific made up just 11 percent and 5 percent, respectively, of U.S. investigations concerning alleged bribery of foreign officials being conducted against non-U.S. companies and individuals. One development that may increase investigative activity in the Asia Pacific is the Department of Justice’s newly announced China Initiative, aimed at countering Chinese economic espionage. Among the Justice Department’s stated priorities as part of this initiative include identifying FCPA cases involving Chinese companies that compete with U.S. companies.

In comparison to the United States, European countries initiated 104 enforcement actions for foreign bribery since 1977, including in the Asia Pacific, the Americas (excluding the United States), and the Middle East. Cross-border coordination among European enforcement authorities could bump up these numbers in the future. One recent example is the 220 million Danish Krone fine (U.S. $33.3 million) that global coatings manufacturer Hempel reached with Danish and German authorities in March for bribery payments made to ship managers in Germany. 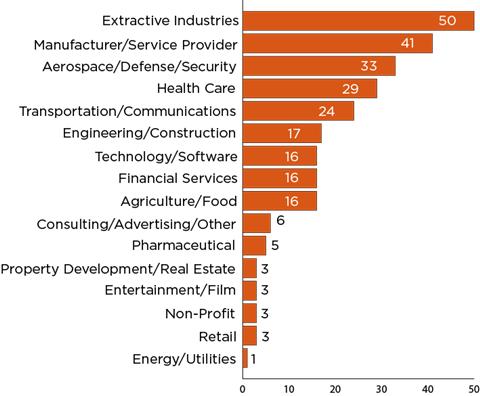 Among 86 countries conducting domestic bribery investigations, Brazil leads the way with 25. This is in no small part due to the fallout from the massive corruption investigation into Brazilian state-owned energy company Petrobras, which implicated the highest levels of the Brazilian government and dozens of companies after it was discovered that some of Brazil’s largest construction and engineering companies received inflated contracts from Petrobras—excess markups that were then used to funnel kickbacks to Petrobras executives and high-ranking politicians.

Investigations into a second massive investigation, “Operation Weak Flesh,” also continue following allegations made in 2017 that agribusiness executives at JBS and BRF bribed food inspectors and politicians to overlook unsanitary practices in exchange for approving sales to domestic and foreign meat and poultry buyers. It’s been reported that nearly 2,000 politicians were involved.

Other countries that are actively investigating domestic bribery include India (16) and China (13). Recent anti-corruption developments, however, may increase enforcement activity moving forward. For example, India’s Prevention of Corruption Act, which expressly prohibits bribery by commercial organizations and establishes an adequate compliance defense, came into force in July 2018. And in China, the establishment of a powerful new anti-corruption enforcement body—the National Supervisory Commission—now makes it even more imperative that foreign multinational companies carefully review existing interactions with public officials in the country and enhance their due diligence and third-party risk management efforts.

China and Algeria have brought the most enforcement actions concerning the bribery of domestic officials, each with 10 actions. They are followed by Nigeria and South Korea, each with seven actions; Brazil with six; and Cuba, Germany, and Indonesia, with five.

Bribery of government officials. Officials in Asia Pacific were the alleged recipients of bribes in approximately 38 percent of enforcement actions, followed by the Americas (excluding the United States) and Africa with 17 percent each, Europe (14 percent), and the Middle East (11 percent).

In the United States, among the 43 countries where U.S. companies and individuals faced a bribery investigation, Chinese officials were the alleged recipients of bribes in 30 investigations, followed by Brazil (14), India (12), and Russia (11).

In the United States alone, the extractive industries faced 50 enforcement actions for the bribery of domestic and foreign officials—the highest among all industries. Some of the largest bribery cases in this sector brought by U.S. enforcement authorities have involved Petrobras, as well as Venezuela’s state-owned and state-controlled energy company, PDVSA, and Ecuador’s state-owned and state-controlled energy company, PetroEcuador.

Other industries in the TRACE report that have faced bribery investigations and enforcement actions include aerospace/defense, financial services, transportation, pharmaceutical, agriculture, and many more. As global corruption cases like Petrobras demonstrate, if one company is at the center of a massive corruption scheme, enforcement authorities around the world will be quick to investigate what other industries and individuals are connected to the wrongdoing. Having boots on the ground or counsel with knowledge of the region where the company operates will help compliance stay on top of the latest developments.