Elizabeth Holmes, founder and chief executive officer of now-defunct blood testing company Theranos, is exploring the idea of using “mental disease or defect” as part of her defense during her criminal fraud trial, which is set to begin in March after several delays. 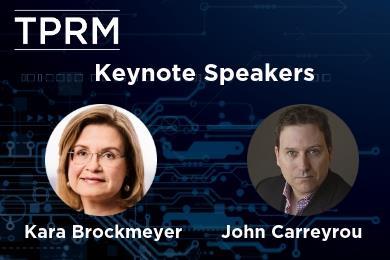 Holmes is calling into question her mental faculties during the time period in which she allegedly engaged in criminal behavior as CEO of Theranos—but she would prefer the prosecution be denied the opportunity to evaluate that claim for themselves.

Holmes provided notice of this defense to the government in December 2019, including the name of her chosen expert, Dr. Mindy Mechanic, a clinical psychologist at California State University at Fullerton. Mechanic specializes in the psychosocial consequences of violence against women, among other things.

Mechanic’s potential testimony will concern Holmes’s mental health during the period of alleged conspiracy to commit wire fraud; the topics of her testimony, based on psychological testing and “structured and unstructured interviews,” was stricken from public record. However, the scope of Mechanic’s defense will span “many years” of Holmes’s life, including a six-year period in which the alleged fraud took place, according to court documents.

In March, the government responded by requesting Holmes submit to their own psychological examination, which Holmes opposed. On July 8, U.S. District Judge Edward Davila granted the government’s request at a closed-door hearing.

Two government-selected experts will conduct psychological and psychiatric evaluation of Holmes, respectively: Dr. Daniel Martell, a forensic neuropsychologist, and Dr. Renee Binder, a psychiatrist at the University of California in San Francisco, who specializes in schizophrenia, depression, bipolar affective disorder, and post-traumatic stress disorder. Holmes opposed the use of two experts, arguing the government is simply attempting “to conduct multiple examinations by multiple examiners.” Judge Davila overruled her objection.

The government’s examination of Holmes, which will last as long as 14 hours and will exclude Holmes’s counsel from being present, will be video recorded. The defense team requested to litigate the government’s proposed testing in advance of their examination, but Judge Davila decided that “in light of the breadth and complexity” of Mechanic’s evaluation on the part of the defense, it would be impracticable.

“A sociopath is often described as someone with little or no conscience. I’ll leave it to the psychologists decide whether Holmes fits the clinical profile, but there’s no question her moral compass was badly askew,” John Carreyrou, the Wall Street Journal reporter who exposed Theranos and Holmes as frauds in a series of articles beginning in October 2015, writes in “Bad Blood: Secrets and Lies in a Silicon Valley Startup.”

When Carreyrou began publishing his exposé, Holmes and her communications consultants strategized ways to hit back against his reporting, according to Carreyrou’s book.

“One approach [Holmes] favored was to portray me as a misogynist. To generate further sympathy, she suggested she reveal publicly that she had been sexually assaulted as a student at Stanford,” Carreyrou writes. Details of the alleged assault are unknown.

Carreyrou will be the keynote speaker on Day 2 of Compliance Week’s Third-Party Risk Management Virtual Conference this Friday.

Holmes, 36, founded Theranos in 2003. Prior to Carreyrou’s exposé, Theranos garnered media attention for being spearheaded by a 19-year-old Stanford University dropout touted as “the next Steve Jobs.” The company purported to be revolutionizing medical laboratory testing through allegedly innovative methods for drawing and testing blood and interpreting test results.

After Carreyrou’s investigative reporting was published, the Securities and Exchange Commission charged Theranos, Holmes, and her right-hand man, Ramesh “Sunny” Balwani, in March 2018 with “an elaborate years-long fraud,” wherein they exaggerated or made false statements about the company’s technology, business, and financial performance. Theranos and Holmes settled the fraud charges; Holmes agreed to pay a $500,000 penalty, relinquish voting control of Theranos, return the remaining 18.9 million shares she obtained during the fraud, and be barred from service as an officer or director of a public company for 10 years. In addition, once the company was liquidated, Holmes would not profit from her ownership until $750 million was returned to defrauded investors and shareholders. Balwani did not settle.

In June 2018, the U.S. Attorney’s Office for the Northern District of California indicted Holmes and Balwani on two counts of conspiracy and nine counts of wire fraud.