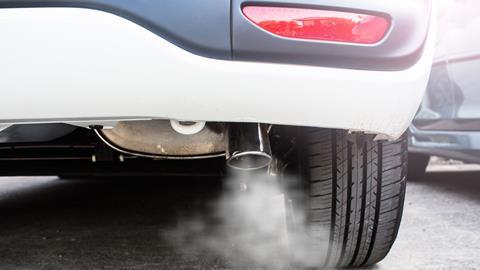 It doesn’t look like the emissions-cheating scandal in the auto industry is running out of gas anytime soon.

German prosecutors Tuesday announced an indictment against Volkswagen’s CEO Herbert Diess, Chairman Hans Dieter Pötsch, and former CEO Martin Winterkorn for alleged market manipulation practices related to an emissions-cheating scandal that catapulted into the spotlight in 2015. At that time, Volkswagen admitted to designing and installing software known as “defeat devices” to evade federal emissions standards in 11 million of its vehicles around the globe.

Winterkorn is already facing aggravated fraud charges, brought by German prosecutors in April, for his involvement in the emissions-cheating scandal, charges that were laid out in a 692-page indictment. The latest charges, filed by the Brunswick public prosecutor’s office in a 636-page indictment, allege Diess, Pötsch, and Winterkorn deliberately failed to timely inform investors about the financial impact of its diesel-emissions scandal “against their legal obligations,” according to prosecutors.

“Due to the considerable financial consequences resulting from the explosive nature of the issue, the defendants were aware that the capital market had to be informed,” the public prosecutor’s office said in a statement. “However, they deliberately refrained from the necessary ad-hoc announcement in order to keep the stock market price of VW shares at the previous level and to avoid losses of VW.”

Prosecutors allege Winterkorn knew since May 2015, at the latest, about Volkswagen’s market manipulation practices, that Pötsch knew since June 2015, and that Diess had full knowledge of the matter from July 2015, less than a month after joining Volkswagen. Despite this knowledge, prosecutors allege, this matter was not brought to the public’s attention until Sept. 18, 2015, upon receiving a “Notice of Violation” by U.S. authorities.

In a statement in response to Tuesday’s indictment, Volkswagen challenged the allegations: “[B]ased on its own extensive and independent investigations since autumn 2015, the executive committee still can, also from today’s perspective, not see that the capital market was deliberately not informed.” In addition to the presumption of innocence, in general, Volkswagen pointed to the following specific aspects that “speak against the charge of market manipulation”:

Based on the findings available, Volkswagen said the executive committee is, therefore, of the opinion that, prior to the publication of the Notice of Violation, its management “did not have sufficiently concrete indications that would have led to the obligation to inform the capital market immediately.”

The allegations will now be examined by an independent court.

Volkswagen is not the only automaker caught in the ever-widening emissions-cheating probe by prosecutors in both Germany and the United States. In a separate action, German prosecutors Tuesday fined Mercedes-Benz parent Daimler €870 million (U.S. $960 million) in sanctions and disgorgement, “based on a negligent violation of supervisory duties in the area of vehicle certification in connection with deviations from regulatory requirements in certain Mercedes-Benz vehicles,” Daimler said in a statement.

In its statement, Daimler said it would not contest the fine. “It is in the company’s best interest to end the administrative offense proceeding in a timely and comprehensive manner and thereby conclude this matter.”