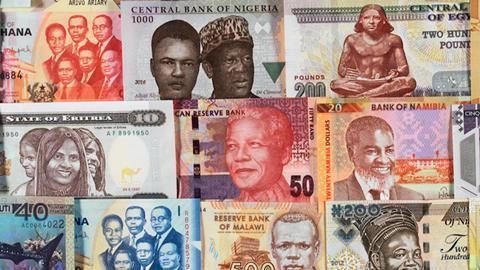 Most African citizens believe corruption is getting worse in their country and that their government is doing a bad job tackling it, according to the 10th edition of the “Global Corruption Barometer – Africa.” The report also found more than one in four people who accessed public services, such as healthcare and education, paid a bribe in the previous year.

Conducted in partnership with Afrobarometer and Omega Research, Transparency International’s “Global Corruption Barometer – Africa” (GCB) incorporates the views of more than 47,000 citizens from 35 countries across Africa.

According to the report, 47 percent of citizens believe the police is the most corrupt institution. These results are consistent with findings from the 2015 report.

The police also consistently earn the highest bribery rate across Africa. Other public services, like utilities, including electricity and water, and identification documents, including licenses and passports, also have high bribery rates.

Two-thirds said they fear retaliation if they report corruption. This is especially true for citizens in Eswatini, Gabon, Kenya, Malawi, Nigeria, São Tomé and Príncipe, Togo, and Uganda.

According to Transparency International (TI), several countries stand out for their bribery rates and corruption levels. The Democratic Republic of Congo (DRC), for example, showed the highest percentage of public service users who paid bribes in the previous 12 months. Moreover, 85 percent of DRC citizens said they believe corruption is getting worse.

Mauritius, Botswana, and Cabo Verde showed the lowest percentage of public service users who paid bribes in the previous 12 months. Mauritius, for example, has one of the lowest bribery rates in the region (5 percent), with the police also earning a low bribery rate (5 percent). “Given these positive results, it’s no surprise that more than 55 percent of Mauritians think that reporting cases of corruption will lead to proper action,” TI said.

Non-African actors also play a significant role in fueling corruption in Africa through foreign bribery and money laundering, according to TI. “Public sector corruption doesn’t exist in a vacuum,” said TI Chair Delia Ferreira Rubio. “When money that should support critical services such as healthcare and education, flows out of countries due to corruption, ordinary citizens suffer most.”

“Too often, countries that export large volumes of goods and services around the world fail to investigate and punish companies that pay bribes,” TI stated. Examples of continents with companies implicated in bribery cases in Africa have included Asia, Australia, North America, Europe, and South America.

In its report, TI made several recommendations, including the following: Governments of major economies, including G20 and OECD countries, and offshore financial centers should establish public registers with information on the actual owners of private companies and trusts; enforce international bribery laws; and implement anti-money laundering (AML) standards. Additionally, TI said, business leaders around the world should implement international anti-corruption and AML standards, if they haven’t done so already.