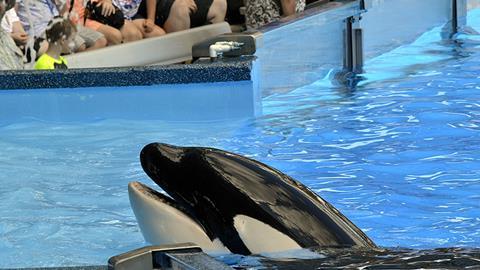 The Securities and Exchange Commission on April 9 charged the former general counsel of amusement park company SeaWorld Entertainment for his role in an insider-trading scheme.

The SEC alleges that Paul Powers had early access to material non-public information as the company’s associate general counsel and assistant secretary, and he purchased 18,000 shares of SeaWorld stock the day after he received a confidential draft of the 2018 second-quarter earnings release that detailed a strong financial performance by the company after a lengthy period of decline. According to the SEC complaint, Powers immediately sold his SeaWorld shares for approximately $65,000 in illicit profits after the company announced its positive earnings and the company’s stock price increased by 17 percent.

“As alleged in our complaint, Powers blatantly exploited his access to nonpublic information by misusing SeaWorld’s confidential revenue data to enrich himself,” said Kurt Gottschall, director of the SEC’s Denver Regional Office. “The SEC is committed to swiftly pursuing insiders who breach their duties to investors.”

The SEC’s complaint, filed in federal district court in Orlando, Fla., charges Powers with fraud. Powers has consented to a permanent injunction with the amounts of disgorgement and penalties, if any, to be decided by the court. The settlement is subject to court approval.

In a parallel action, the U.S. Department of Justice on the same day announced criminal charges against Powers arising out of the same conduct.

This is not the first time that a SeaWorld executive has been in trouble for misleading investors. In September 2018, SeaWorld Entertainment and its former CEO James Atchison agreed to pay more than $5 million to settle fraud charges for misleading investors about the impact the documentary film Blackfish had on the company’s reputation and business. Blackfish criticized SeaWorld’s treatment of its killer whales and received significant media attention as the film became more widely distributed in the latter half of 2013. SeaWorld’s former vice president of communications, Frederick Jacobs, also agreed to settle a fraud charge for his role in misleading SeaWorld’s investors.