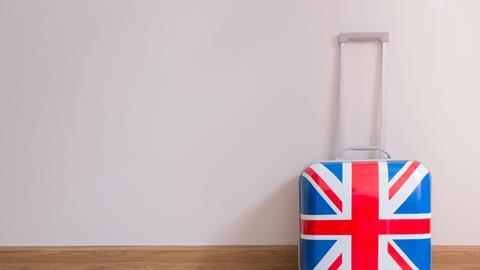 Although meant as a step toward contingency planning rather than an admission that talks with the European Union have ground to a halt, the U.K. government on Thursday released a set of 25 documents to help companies prepare for what could be their worst nightmare—a “no deal” Brexit.

The 25 “technical notices” released en masse by the Department for Exiting the European Union on 23 August cover eventualities for organisations ranging from universities and dairy farms to financial services and the nuclear industry, and key issues such as EU funding, value-added tax (VAT), importing and exporting arrangements, product labelling, and the supply of medicines.

“We have a duty, as a responsible government, to plan for every eventuality in case the EU does not match our ambition and pragmatism, and we do not reach a deal.”

These are just the first technical notices to be published; the government intends to issue a further tranche of them as negotiations progress (or falter). About 80 notices will be published in the coming weeks.

Following his third meeting with the EU’s chief Brexit negotiator Michel Barnier since his appointment on 9 July, U.K. Brexit Secretary Dominic Raab said in a speech Thursday that while a good deal remains the U.K.’s “top” and “overriding priority”—and that he is confident “a good deal is within our sights”—he added that “we have a duty, as a responsible government, to plan for every eventuality” in case “the EU does not match our ambition and pragmatism, and we do not reach a deal.”

“The technical notice, ‘Trading with the EU if there’s no deal’, published today sets out how we would ensure that, on day one, there would be a functioning customs, VAT and excise system.

“Giving advice to businesses on how they will need to make import and customs declarations, register for a U.K. Economic Operator Registration and Identification number, or make safety declarations on goods being moved between the EU to the U.K.

“Next, the technical notice on workplace rights explains the steps we are taking to transfer all EU legislation into U.K. law in time for exit, so workers will continue to be entitled to the rights they have now, such as flexible working or parental leave. In many areas we already go much further than the EU.

“Other technical notices published today will address healthcare, including ensuring blood products are safe if we leave the EU without a deal, and making sure we can continue to import blood supplies from the EU, even though, in truth, we are relatively self-sufficient in this regard.

“When it comes to scientific research and cooperation, we are acting to protect U.K. institutions and businesses.

“So we have set out how we will underwrite all successful Horizon 2020 bids from U.K. organisations, in the no deal scenario, to make sure that the U.K. retains its status as a as a global leader in scientific research.

“Now, amidst all of the technical detail, we understand that real livelihoods are at stake.

“So, for example, we’re making sure our farmers get the funds they’ve applied for, with the Treasury guaranteeing applications made through the EU’s Common Agricultural Policy up until 2020.

“And, yes, British higher education institutions should carry on bidding for funding through Erasmus+.

“Because as we set out today, the government will underwrite successful bids until the end of 2020, helping young people from this country to continue to enjoy the educational opportunities and the rich tapestry of cultural life right across Europe.

“So too, for our trail-blazing NGOs fighting global poverty, we have guaranteed their funding, from successful bids from the European Civil Protection and Humanitarian Aid Operations.

“So these technical notices, and the ones that will follow shortly, are a sensible, measured, and proportionate approach to minimising the impact of no deal on British firms, citizens, charities and public bodies.

“They will provide information and guidance, and, after some of the misinformation that has been put about lately, some reassurance.”

To prepare for the possibility of a “no deal” scenario, the U.K. government has said that it will either step up its involvement to ensure continuity, or step in. EU financial services legislation will be brought into domestic law in time for a March 2019 exit, for example, and the government has also promised to continue to foot the bill for certain projects that currently rely on EU funding (at least in the short term, and in some cases only for a year following Brexit). These include farm subsidies and structural and investment funds.

Some regulators will also grow and take on new responsibilities. For instance, the Competition and Markets Authority will have an additional role as the U.K. state aid regulator, while the U.K.’s data protection watchdog, the Information Commissioner’s Office, will support businesses on new data sharing arrangements.

To meet the administrative challenges of pulling all of this together, the Treasury has approved funding for a further 9,000 civil servants to work on Brexit (to complement the 7,000 already doing so) while the U.K.’s Border Force is also set to recruit another 1,300 staff.

In several circumstances, the government has pledged to retain continuity as much as possible. The government would aim to keep procedures on VAT, which is charged on most goods and services sold within the United Kingdom and the European Union, as close as possible to what they are now, for example.

More importantly, under a Temporary Permissions Regime (TPR), financial services firms based in the European Economic Area could set up U.K. subsidiaries for up to three years after Brexit to avoid losing their passporting rights and disrupting services.

The government has also committed to introduce legislation alongside this, if necessary, to ensure that contractual obligations (such as under insurance contracts) between EEA firms and U.K.-based customers that are not covered by the TPR can continue to be met.

But there are still some areas that lack detail—the trading relationship and border between Ireland and Northern Ireland being one key example. And some of the details included will be unpalatable—namely, the threat of slower transaction times for Euro payments and increased costs if U.K.-based payment services providers such as credit card companies are denied access to existing clearing systems.

Overall, despite the government outlining where it will get more deeply involved, much of the onus is on organisations to prepare themselves for a sudden shift in rules and regulations. The U.K. government has made it clear that when the United Kingdom leaves the European Union, it is going to leave the EU’s single market and Customs Union. And while the United Kingdom wants to maintain a relationship with the European Union that will allow “frictionless” trade, that proposal itself is a source of friction among EU leaders, who have so far rebuffed it. Consequently, under a “no deal” scenario, trade with the European Union would revert to “non-preferential, World Trade Organization terms.”

As such, the government says that companies should treat EU customers in much the same way as they would customers that are based outside of the EU bloc, as well as expect to complete customs and safety declarations on goods that they import and export. In short, companies should expect an increase in red tape and bureaucracy, as well as associated expense.

In one of the technical notices on EU trade, the government says that, as a precautionary measure, exporters should think about engaging “the services of a customs broker, freight forwarder, or logistics provider to help, or alternatively, secure the appropriate software and authorisations.”

A lot of the content within the technical notices spells out the powers the European Union has with regard to determining the U.K.’s future trading relationship with it. But there are occasional references that point out that the European Union will not have everything its own way, and that the United Kingdom is also prepared to bare its teeth. For example, as a measure to protect U.K. industry, the government will set up a new Trade Remedies Authority to investigate complaints of unfair trading practices and unforeseen surges in imports from the European Union. Stay tuned for more to come.