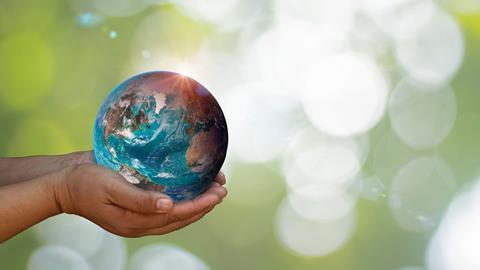 Fund manager BlackRock announced Tuesday several new initiatives with a focus on sustainable investing, including holding companies and boards more accountable where they are not making enough progress on sustainability-related disclosure.

“Climate change has become a defining factor in companies’ long-term prospects,” BlackRock CEO Larry Fink wrote in his annual letter to chief executives. “I believe we are on the edge of a fundamental reshaping of finance.”

Investors increasingly recognize that “climate risk is investment risk,” Fink added. He went on to say BlackRock’s investment conviction is that “sustainability- and climate-integrated portfolios can provide better risk-adjusted returns to investors. And with the impact of sustainability on investment returns increasing, we believe that sustainable investing is the strongest foundation for client portfolios going forward.”

As part of this effort, Fink said in his letter BlackRock will hold board members accountable where it feels companies and boards are not producing effective sustainability disclosures or implementing frameworks for managing these issues. “We will be increasingly disposed to vote against management and board directors when companies are not making sufficient progress on sustainability-related disclosures and the business practices and plans underlying them,” Fink wrote.

In a second letter, to BlackRock’s clients, Fink also announced several initiatives placing sustainability at the center of its own investment approach, including exiting investments that present a high sustainability-related risk, such as thermal-coal producers. “We are in the process of removing from our discretionary active investment portfolios the public securities (both debt and equity) of companies that generate more than 25% of their revenues from thermal coal production, which we aim to accomplish by the middle of 2020,” Fink said.

“As part of our process of evaluating sectors with high ESG risk, we will also closely scrutinize other businesses that are heavily reliant on thermal coal as an input, in order to understand whether they are effectively transitioning away from this reliance,” Fink added. “In addition, BlackRock’s alternatives business will make no future direct investments in companies that generate more than 25% of their revenues from thermal coal production.”

Fink said BlackRock also intends to double to 150 its offerings of ESG exchange-traded funds (ETFs) over the next few years. This will include sustainable versions of flagship index products, “so that clients have more choice for how to invest their money,” Fink said.

Fink said BlackRock is also committed to enhancing the transparency of its stewardship practices, “which we believe we owe to our clients and the broader set of stakeholders in these companies.” Thus, starting this quarter, “we will be moving from annual to quarterly voting disclosure.”

“On key high-profile votes, we will disclose our vote promptly, along with an explanation of our decision,” Fink said. “Finally, we will enhance the disclosure of our company engagements by including in our stewardship annual report the topics we discussed during each engagement with a company.”

“BlackRock’s decision to sign on to Climate Action 100+ reinforces that the world’s largest asset manager believes that climate change is a growing financial risk to both companies and the global economy,” said Mindy Lubber, member of the Climate Action 100+ Steering Committee and CEO and president at Ceres, in a news release.

“Given BlackRock’s size and influence, their commitment to accelerating engagements with the largest corporate greenhouse gas emitters on climate change sends a powerful signal to companies to reduce emissions, improve corporate governance and strengthen their disclosure,” Lubber added.

As signatories, investors, like BlackRock, commit to engagement with companies, in seeking to ensure they:

Among the 161 companies that are engaged through Climate Action 100+, 100 are “systemically important emitters,” accounting for two-thirds of annual global industrial greenhouse emissions, alongside 61 others with significant opportunity to drive the clean energy transition.