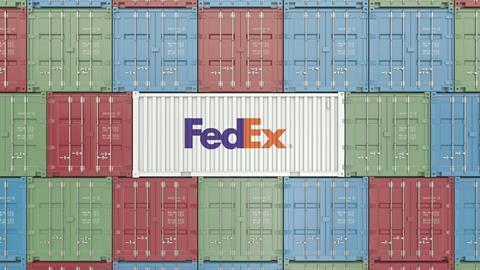 In fiscal year 2018, FedEx Corp. earned a then-record $65.5 billion in revenue, expanded its presence in Asia, and committed to donating $200 million to charitable causes in 200 communities it served over two years. Forbes  named FedEx among the world’s 10 most admired companies; FedEx also won a national award for corporate responsibility and another for its support of women’s business enterprises.

But FY2018 was significant for another reason, one other companies might have alternatively shouted from the rooftops or looked at with concern.

For the first time in its then-47-year history, FedEx was a minority-majority employee company in the United States. There was no public celebration or self-congratulatory press release—just a simple number listed as part of its environmental, social, and governance (ESG) disclosure in its 2019 Global Citizenship Report: 49.2 percent of its U.S. employees identified as Caucasian, down from 50.1 percent the year before.

The trend has only accelerated since. In FY2021, approximately 55 percent of FedEx’s U.S. workforce identified as being Black/African American, Hispanic/Latin, Asian, American Indian/Alaskan native, native Hawaiian/Pacific Islander, or other.

This is not by accident. FedEx has a long history of hiring a diverse workforce and promoting from within. Every year, its reports list the new projects, internships, training opportunities, job shadowing, and mentoring programs meant to retain and promote its best workers.

“For as long as I can remember, we’ve had a robust leadership training program to bring people up with our philosophy of promoting from within,” said Mitch Jackson, FedEx’s staff vice president, environmental affairs and chief sustainability officer. “You see the proof is in the pudding with those numbers.”

“For as long as I can remember, we’ve had a robust leadership training program to bring people up with our philosophy of promoting from within. You see the proof is in the pudding with those numbers.”

The company forges relationships with organizations like the National Urban League, Society of Asian Scientists and Engineers, Society of Professional Hispanic Professional Engineers, and Society of Women Engineers to help “increase our diverse candidate pools through targeted recruitment initiatives.”

FedEx collaborates with historically Black colleges and universities (HBCUs), as well as student groups representing other minorities, to “ensure the pipeline of students coming into FedEx is as diverse as possible.” The company launched a first-of-its-kind program at Mississippi Valley State University, a historically Black university, that included the opening of a satellite FedEx office staffed by qualified students. Students can be hired part-time, with the potential of full-time employment upon graduation.

In 2021, FedEx pledged to donate $5 million to four HBCUs located near its Memphis, Tenn., headquarters, a multiyear commitment that would, in part, “provide relief support to help students, faculty, and staff who suffered adverse economic impact due to Covid-19,” as well as help prepare students for the workforce beyond formal education, the company’s 2021 ESG Report said.

In FY2009, just over one in four FedEx managers (26.7 percent) in the United States identified as being part of an ethnic minority group. By FY2021, that number had risen to 41.3 percent.

Of FedEx’s 12 current members of its board of directors, four are women and four are ethnically diverse.

Raj Subramaniam, a native of India, rose from a junior FedEx analyst in Hong Kong in 1991 to chief marketing officer and then chief operating officer. In March, he was named president and CEO-elect of FedEx Corp.

FedEx Founder and CEO Fred Smith, 77, had recommended the 54-year-old Subramaniam to be his successor in March 2019, according to a letter from Smith to FedEx employees that accompanied the announcement. The business world greeted the announcement with a yawn, and the company’s shares ticked upward in price.

“There’s no doubt (that with) mature, diverse management and a diverse workforce you’re a better company,” said Justin Ross, FedEx’s chief compliance officer. “As big as FedEx is—operating in more than 200 countries and territories around the world—your workforce should reflect that. … Study after study shows a diverse board, diverse management, and diverse workforce makes better companies.”

The company’s global footprint does require the increasing percentage of employees who are people of color should be placed in the proper context. FedEx only measures the diversity of its workforce in the United States, even though it is a global company. It measures and tracks the number of women it employs on a global level.

FedEx’s progress with hiring and promoting women, however, has been less pronounced. From FY2010 to FY2021, the percentage of female workers employed by FedEx globally has creeped upward, from 27.1 to 30 percent. Transportation and logistics is traditionally a male-dominated industry, something several of FedEx’s Global Citizenship Reports note. Breaking that perception and mindset has proven difficult.

Still, even the slight percentage increase over a decade should be viewed in context. FedEx employed more than 290,000 people around the world in FY2010; by FY2021, that number had risen to 508,650. Approximately 150,656 female employees were on the payroll in FY2021, but with the company’s growth, the percentage of female employees has remained flat.

The percentage of women in management roles followed a similar pattern, from 21.7 percent of all managers in FY2010 to 27 percent in FY2021. But the same logic applies: The company has hired and promoted more female managers year after year, a story that percentages do not fully capture.

The company’s continued commitment to diversity and promoting people from within make FedEx a desirable place to work, according to Jackson.

“Team members want to be a part of something that’s good, that’s beyond just the tactical approach in the tactical viewpoint, that’s making a difference,” he said. “It’s changing what’s possible and making a difference in society. ESG has a place in that because it (provides) a sense of purpose for our team members, just as it’s a sense of purpose for the company itself.”

FedEx has made a concerted effort over the years to hire team members internationally that reflect their communities, Ross said.

“It’s common sense. We’re a public-facing company. We’re not retail, but a lot of our employees are out meeting with the public,” he said. It is good business to employ workers from within the communities they serve, whether in the United States or internationally, he said.