The dos and don’ts of building a DEI program

Jennifer Newton, founder and CEO of the National Association of Black Compliance & Risk Management Professionals (NABCRMP), explained why diversity, equity, and inclusion (DEI) programs so often fall flat—and how to prevent that from happening to your own organization—while moderating the women’s luncheon at Compliance Week’s “Everything ESG in 2021” virtual event Monday. 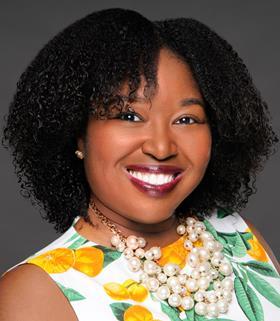 Newton, CW’s Rising Star in Compliance 2021 winner, was clear: If you want to create, grow, and steward an effective DEI program, it should be tied expressly to the organization’s mission.

“In my experience, organizations tend to rush and focus on trying to create initiatives around some nebulous definition of diversity,” Newton said.

Instead, do take the time to define diversity. Unpack the term. Figure out how it ties to the organization’s mission. Newton called this process “finding the why.” When you have values that align to your organization’s mission, it is easier to see how those values—such as DEI—are drivers in achieving that mission.

Don’t assemble a slapdash DEI group and expect to make inroads. When organizations start creating affinity groups that have no direct correlation to the organizational mission, “it feels like work,” Newton said. It feels forced and contrived. Those affinity groups risk crumbling without somebody pushing them. Worse yet, when the individual driving the initiative leaves, it results in those efforts disappearing.

Don’t focus on identifying every group deemed to have a diverse voice and seek to build initiatives around them. Piecemeal initiatives, however exhaustive, won’t work if the value of diversity is excluded from the organizational purpose. It’s like putting the horse before the cart. It introduces new problems.

“Now you have to make sure that you are identifying every single category of characteristics that might be identified in your organization. Then you have to make sure that each group is being provided the same resources. I’ve seen some organizations have to deal with concerns expressed by certain employee resource groups that claim they’re not being treated fairly, so sometimes it even creates a whole can of worms that wasn’t anticipated,” Newton said.

“There is a lot to be mindful of. The larger trend has been to move beyond demographics and focus on the issue of inclusion: how the organization can become a more welcoming, inviting space that doesn’t ostracize anyone in any particular group.”

Do broaden the definition of what it means to be diverse and inclusive. In a pre-COVID world, “diversity” traditionally referred to categories like race, gender, and other characteristics that align with protective statuses, Newton said. The pandemic has raised a host of new diversity issues that are linked not only to demographics but also to lifestyle, work style, and mental health.

“There is a lot to be mindful of,” said Newton. “The larger trend has been to move beyond demographics and focus on the issue of inclusion: how the organization can become a more welcoming, inviting space that doesn’t ostracize anyone in any particular group.”

Work style diversity refers to an employee’s preference to work remotely or in the office, a pandemic-accelerated issue that studies show has acutely impacted women.

“Women are usually tasked with handling childcare and schooling, and having the remote working ability gives us flexibility to balance both,” said Newton. “An organization that’s unwilling or unyielding with regard to remote work is probably not going to be able to stay as competitive as organizations that understand that the type of worker is changing.”

Do prioritize mental health as a subset of diversity and inclusion. Mental health is top of mind for a lot of organizations, and it’s directly tied to DEI.

“Employees from diverse backgrounds often face various mental issues resulting from lack of representation and microaggressions. … An organization that is unresponsive to those kinds of concerns will lose the opportunity to retain talent—or to even recruit talent if the environment is not where it needs to be,” said Newton.

In a post-pandemic world, Newton predicts the new type of worker will be diverse and require flexibility.

“Competition for skilled workers is very scarce right now. We’re right in the height of the Great Resignation,” said Newton. Investors, consumers, business partners, and employees are paying attention to these issues. They are demanding transparency around what organizations are doing in terms of diversity.

“They’re not just looking for platitudes and words of encouragement. They want to see metrics,” said Newton.