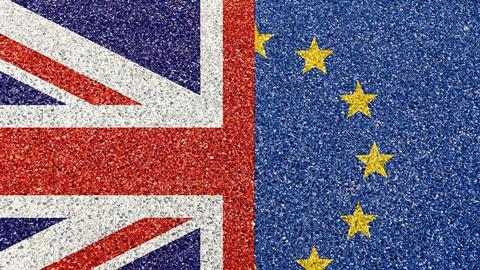 A peek at the compliance nightmare of a no-deal Brexit

The images of U.S. ships with their holds full of slowly rotting soybeans circling Chinese ports while tariff negotiations are thrashed out are ubiquitous. Now imagine how it might look, or smell, if a lorry full of Camembert was stuck in a queue for days at Dover.

It might become an all too familiar sight if the United Kingdom leaves the European Union with a no-deal Brexit, a U.K. exit from the EU without any deal on future relations. The scenario is far from unlikely, given all the issues that remain to be resolved.

At the same time Prime Minister Theresa May is playing down the possibility of a no-deal Brexit, the government is planning to release over the next two months 70 “technical notifications” giving guidance to stakeholders on preparing for such a scenario.

“I think the possibility of a no-deal is uncomfortably high at this point,” Bank of England Governor Mark Carney recently told BBC 4’s Today programme. It’s a situation he described as “highly undesirable,” stressing that everything should be done to avoid it. Carney also said the consequences of such a scenario would be trade disruption, disruption to economic activity, and “higher prices for a period of time.”

It might seem like a waste of time to prepare for a no-deal Brexit when it may never happen, but if firms make no preparations and it does occur, the consequences would be disastrous.

“I think the possibility of a no-deal is uncomfortably high at this point.”

“We are seven months out, and people are still talking about it as a possibility; this means that people still have to think about it,” said Wendy Andrews, Bishop Fleming’s Brexit specialist and VAT director, in an interview with Compliance Week. According to a recent Bishop Fleming press release, while Carney has said the U.K.’s financial system is “robust enough to withstand any post-Brexit shocks,” this may not necessarily be the case for other U.K. businesses that have substantial dealings with the European Union.

Nevertheless, a recent Institute of Directors survey of 800 business leaders found that less than a third have conducted any Brexit contingency planning. The box at right gives further findings from the survey.

Andrews ran through some of the potential compliance problems that will result from a no-deal exit, starting with one of her fields of expertise, Value Added Tax (VAT). “If you’re a business and you import something into the U.K. from outside the EU, you will pay customs duty and import VAT,” she explained. “The difference between the two things is that you can’t reclaim the customs duty; it’s part of the cost to you of those goods. But if you are a registered VAT business, you can claim back the import VAT on your next VAT return. Under a no-deal Brexit, this will be a big cash flow change. Because, if you are a business that only buys from EU suppliers, you won’t have had to account for any VAT. Customs duty is a cost; import VAT is a cash flow issue.”

Most goods are subject to VAT in the United Kingdom. The few items that are exempt include: books, children’s clothes, and most food, though not, for example, wine. But, aside from the cash flow issue, costs will also increase. “There are different rates of customs duty for different items,” said Andrews, “and then there are different rates charged between different countries. If we had a free-trade agreement with the EU then we would have agreed with them not to charge any customs duty on goods. If you leave the customs union without a free-trade agreement then you default to WTO treatment. But this is also complicated because there are different rates charged under that agreement. There is some indication that we would just adopt the current EU customs duty rates. But it has also been suggested that we wouldn’t charge any customs duty.”

In fact, the United Kingdom may be forced to comply with a no-duty import/export scenario, depending on what happens with the unresolved Irish border question.

“If you don’t have a free-trade agreement, and you’re operating under WTO rules, you have to charge the same rate of customs duty regardless of where the goods came from. So, for example, in Ireland, if they decide not to have a border between Northern Ireland and the Irish Republic and not to charge any duty on goods coming across that border, that would make it difficult under WTO rules for them to charge customs duty on anything coming in from anywhere else.”

In this case, a lack of resolution causes yet more uncertainty about what regulations and obligations businesses must comply with.

Andrews also noted that companies would find it difficult to comply with all of the health and safety regulations around driving time for lorry drivers, which would be significantly affected if there were lengthy delays at ports. “If they’re stuck in a queue for five hours, they could exceed the maximum number of hours driving before taking a break,” she said, noting additional health and safety issues around food storage. There is also just one channel tunnel, so lorries carrying goods that are not charged VAT would have to wait in the same queue as those that now must pay VAT.

Complying with regulations disclosing the origin of goods is another issue that is likely to cause headaches for business in a no-deal Brexit. “One of the things that people haven’t had to do when they have been moving goods within the EU and the single market is to document the origin of the goods,” warned Andrews. “Because everything that comes into the EU is then in free circulation inside the EU, it hasn’t mattered. Once there is a customs barrier you need to be able to prove what country your goods come from. In complicated supply chains that can be an issue, because you could have imported parts and components from a lot of different countries. You can’t then just simply move that machinery to France unless you can document where all the parts came from.”

She added that this is the kind of additional workload that might encourage firms to relocate assembly plants to the European Union. “If you have a U.K. leg in in the middle of a complicated supply chain, it might make you consider removing that U.K. leg and relocating it elsewhere within the single market. Those kind of changes in supply chain location are less visible than a move by a financial services firm.”

She told an often-repeated story about just-in-time (JIT) within the European Union, about a mini component leaving Brussels at 10 in the morning and being on the production line in Oxford by 4 o’clock in the afternoon. “A lot of supply chains are dependent on JIT stockholding, and everything is geared up to not holding stock anywhere because that is cash tied up. For a lot of manufacturing companies, such as automotive and pharmaceutical, those delays will add cost to the process.”

It’s not just import/export businesses that will be affected under a no-deal Brexit, Andrews confirmed. Financial services will also be significantly affected, as will air transport and pharmaceuticals, especially in regard to drug approvals, as additional testing will be required.

“There’s a school of thought that we can just replicate the European regulations, and that will be that,” she said. “But the EU has regulations that say, if this hasn’t been manufactured in the EU, it will need to be tested. Having the same regulations won’t exempt us from this.” The reason is that, following Brexit, Britain becomes a third country as far as the EU is concerned, and the union has different rules it applies to those third countries, regardless of what their standards are.

There are also compliance difficulties surrounding reporting and reporting capabilities associated with a no-deal Brexit. “With current EU import/export transactions, you can put goods on a lorry and send it off to France this afternoon,” said Andrews, “and all the reporting can be done after the event. In a no-deal scenario, you would have to have certain documents in place before the lorry leaves, which puts much more pressure on compliance.”

There’s an estimate, Andrews said, that indicates there are approximately 135,000 businesses that currently only deal with EU customers and suppliers. “They’re not used to any of these reporting and compliance requirements. If you’re a company that does half its business outside the EU, then you’ll have some of these capabilities in place and may be able to just expand.” That is not the case if you have been doing business solely within the EU. Then these reporting and compliance skillsets are not found within the organisation. This would require either hiring new compliance officers or getting support from a compliance consultancy, for example.

How likely is a no-deal Brexit? Both the Secretary of State for exiting the EU and the EU’s chief negotiator have said that they are three-quarters of the way there, but even with the publication of the government’s white paper on a future U.K.-EU trade relationship, much remains unclear. There is a proposal for a free-trade area and a common rulebook for goods, but so-called “regulatory freedom” for services. The white paper offers up a Facilitated Customs Arrangement, which would avoid the need for customs checks and controls between the United Kingdom and the European Union. But since it would also mean the United Kingdom collecting tariffs on behalf of the European Union, something that has already been ruled out by the Union, preparing for a no-deal scenario would seem to make good business sense.