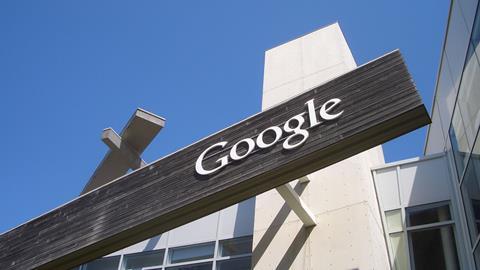 The European Commission has slapped Google with a third fine for breaching competition rules—this time for blocking rival online search advertisers from getting a foothold in the market.

The €1.49 billion (U.S. $1.69 billion) fine is the third in three successive years for the internet giant and represents 1.29 percent of the company’s total revenues for last year.

In June 2017, the Commission fined Google €2.42 billion (U.S. $2.75 billion) for abusing its dominant position by promoting its own comparison shopping service in its search results (while demoting those of competitors). In July 2018, it fined the company again, €4.34 billion (U.S. $4.93 billion) for using its Android mobile operating system and mobile apps and services to further cement the dominance of its own search engine.

Google’s latest infringement centres on how the company brokered advertising space on other websites through its “AdSense for Search” platform, which allows the owners of those websites to make money in much the same way Google does on its own site by selling space next to search results. It’s also a significant revenue stream for Google. However, over the course of a decade, the company abused its dominant position to stop websites using brokers other than its own.

From 2006 to 2016, Google imposed restrictive clauses in contracts with third-party websites that prevented competitors from placing their search adverts on the same websites. This was despite the fact Google had a market share as high as 70 percent for some of the period concerned.

Starting in 2006, Google included exclusivity clauses in its contracts. This meant publishers were prohibited from placing any search adverts from competitors on their search results pages.

As of March 2009, Google gradually began replacing the exclusivity clauses with so-called “premium placement” clauses. These required publishers to reserve the most profitable space on their search results pages for Google’s adverts and request a minimum number of Google adverts. This effectively barred Google’s competitors from placing their search adverts in the most visible and clicked-on parts of the websites’ search results pages.

Around the same time, Google also included clauses requiring publishers to seek its written approval before making changes to the way in which any rival adverts were displayed. This meant Google could control how attractive—and therefore how frequently clicked on—competing search adverts could be.

These practices are illegal under EU antitrust rules.

The Commission found Google had abused its dominance to stop websites using brokers other than its AdSense platform and only ceased the illegal practices a few months after the Commission issued its “statement of objections” concerning the case in July 2016.

Google’s rivals were unable to compete on their merits, said the Commission, either because there was an outright prohibition for them to appear on publisher websites or because Google reserved for itself by far the most valuable commercial space on those websites while at the same time controlling how rival search adverts could appear.

Competition Commissioner Margrethe Vestager said the restrictive clauses “lead to a vicious circle” whereby Google’s rivals “were unable to grow and compete” and “were forced to rely solely on Google,” making the search engine giant even stronger.

“There was no reason for Google to include these restrictive clauses in its contracts, except to keep its rivals out of the market,” said Vestager in a statement.

While market dominance is not illegal under EU antitrust rules, dominant companies cannot abuse their dominant position by restricting competition, either in the market where they are dominant or in separate markets.

Alongside the fine, Google is also liable to face civil actions for damages that can be brought before the courts of the member states by any person or business affected by its anti-competitive behaviour under the EU’s Antitrust Damages Directive, which makes it easier for victims of anti-competitive practices to obtain damages.

In a written statement, Kent Walker, Google’s senior vice president of global affairs, said: “We’ve always agreed that healthy, thriving markets are in everyone’s interest. We’ve already made a wide range of changes to our products to address the Commission’s concerns. Over the next few months, we’ll be making further updates to give more visibility to rivals in Europe.”

In a blog posted the day before the decision, Walker wrote about the changes Google has already made in relation to the formal complaints (and hefty fines) made regarding its shopping and Android services. “These latest changes demonstrate our continued commitment to operating in an open and principled way,” he said.