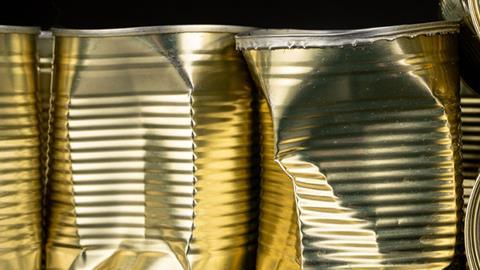 The European Commission has fined Dutch food-processing company Coroos and French agricultural cooperative Groupe Cecab a total of €31.6 million (U.S. $34.5 million) for engaging in a cartel scheme that spanned more than a decade. French vegetable processor Bonduelle revealed the existence of the cartel and was not fined, the Commission said.

The Commission’s investigation in this case began with unannounced inspections in October 2013, following Bonduelle’s application under the Commission’s 2006 Leniency Notice. Article 101 of the Treaty on the Functioning of the European Union (TFEU) and Article 53 of the European Economic Area (EEA) Agreement prohibit cartels and other restrictive business practices.

According to the Commission, Bonduelle, Coroos, and Groupe Cecab (now called Groupe d’aucy) participated for more than 13 years in a cartel for the supply of certain types of canned vegetables to retailers and/or food service companies in the EEA. All three companies admitted their involvement in the cartel and agreed to settle the case. The infringement covered the entire EEA and lasted from Jan. 19, 2000, to June 11, 2013, for Bonduelle, and to Oct. 1, 2013, for Coroos and Groupe Cecab.

The aim of these three companies involved in the cartel was to preserve or strengthen their position on the market, to maintain or increase selling prices, to reduce uncertainty regarding their future commercial conduct, and to formulate and control marketing and trading conditions to their advantage, the Commission said. To achieve this aim, the companies set prices, agreed on market shares and volume quotas, allocated customers and markets, coordinated their replies to tenders, and exchanged commercially sensitive information.

Coroos participated only in the first agreement, while Bonduelle and Groupe Cecab participated in all three. In the context of the same investigation, the Commission said it opened proceedings against a fourth company, Conserve Italia. Conserve Italia is not covered by this settlement decision and, therefore, the investigation will continue under the standard (non-settlement) cartel procedure for this company.

The fines were set on the basis of the Commission’s 2006 Guidelines. In setting the level of fines, the Commission said it “took into account, in particular, the sales value in the EEA achieved by the cartel participants for the products in question, the serious nature of the infringement, its geographic scope, and its duration.”

Under the Commission’s 2006 Leniency Notice, Bonduelle received full immunity for revealing the existence of the cartel, thereby avoiding a fine of €250 million (U.S. $273 million). Coroos and Groupe Cecab benefited from reductions of a 15 percent and 30 percent reduction in their fines, respectively, for their cooperation with the Commission investigation.

In addition, under the Commission’s 2008 Settlement Notice, the Commission applied a reduction of 10 percent to the fines imposed on the companies in view of their acknowledgment of the participation in the cartel and of the liability in this respect.

One company invoked its inability to pay the fine under point 35 of the 2006 Guidelines on fines. The Commission thoroughly assessed the application on the basis of the company’s financial statements for recent years, projections for the current and coming years, ratios measuring the financial strength, profitability, solvency, liquidity, and relations with outside financial partners and with shareholders. As a result of this assessment, the Commission granted a reduction of the fine.

This is the second cartel case relating to canned foods. In the canned mushrooms cartel, the Commission in June 2014 fined Bonduelle, Lutèce, and Prochamp a total of around €32 million (U.S. $35 million), and, in April 2016, it fined Riberebro €5.2 million (U.S. $5.7 million).