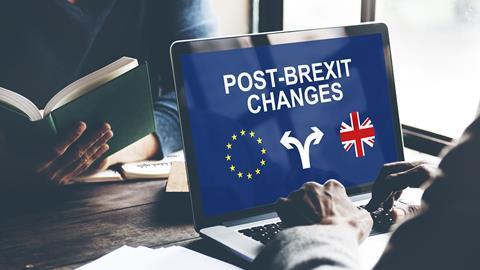 FCA and the future of financial conduct regulation

The United Kingdom could embrace a “lower burden” regulatory regime to achieve the “same outcome” when it exits the European Union, the head of the City’s regulator said in a speech Tuesday.

Setting out his vision for the future of financial regulation, Andrew Bailey, chief executive of the Financial Conduct Authority (FCA), said he thought the U.K.’s system would diverge from the EU’s after Brexit, based on their different legal traditions and approaches.

“Left to our own devices, I think the U.K. regulatory system would evolve somewhat differently,” said Bailey. “It would, I think, take on board practical experience more rapidly, and it would be based more on principles that emerge from experience in public policy and somewhat less on detailed rules that can tend to become overly set in stone.”

“The U.K.’s legal approach is rooted in common law and developed more through case law, while the EU system has deeper roots in the continental legal tradition of codification and greater use of statute rather than regulatory rules,” he said.

“I see rules as a means to deliver outcomes, and it is important not to focus too much on rules as the beginning and end of the process of regulation. Outcomes matter at the end of the day.”

He added that the United Kingdom would have taken a different approach to financial regulations in the past if it had made its own rules. “I think it’s safe to say that there are things we would have done differently with EU rules if we had developed them unilaterally,” Bailey said.

“I see rules as a means to deliver outcomes, and it is important not to focus too much on rules as the beginning and end of the process of regulation. Outcomes matter at the end of the day,” he said.

The issue of equivalence has been a thorny one since the United Kingdom decided to leave the European Union. U.K.-based financial services firms have said the City is a “rule maker” rather than a “rule taker” and have pushed for mutual recognition of each other’s regulations. They argue that London—rather than Brussels—has consistently taken the lead in setting EU-wide rules and that it would be self-defeating for the European Union to refuse to accept U.K. business under the same rules just because the country has left the single market.

The European Union, however, is against mutual recognition and has only offered equivalence: an arrangement whereby the European Union has the upper hand and decides if the rules pass muster and can rescind them at any time with little notice.

Other priority areas of financial conduct regulation the FCA believes it will need to focus on in the future include ensuring that it continues to regulate in the public interest and that the “changing purpose of regulation” reflects changes in how the market operates, such as increased use of FinTech and AI to inform consumer choice.

Another key consideration is whether the FCA’s regulatory principles for business adequately protect consumers and if there should be a formal duty of care for firms to agree to.

The regulator had been in favour of such a proposal and published a discussion paper last July to gauge industry reaction. In a feedback statement issued Tuesday, however, the idea has had a mixed reception. The FCA said it did not think there were sufficient grounds for making changes to primary legislation, which would have to go through Parliament, but said it would consider supporting a statutory duty, as doctors have, if there was substantial support for it.

Instead, more likely changes include looking at how the FCA authorises, supervises, and enforces the principles and how transparently it communicates this with firms, while any new or revised principles would aim to strengthen a firm’s duty to consumers and could include a potential private right of action for a breach of principles.