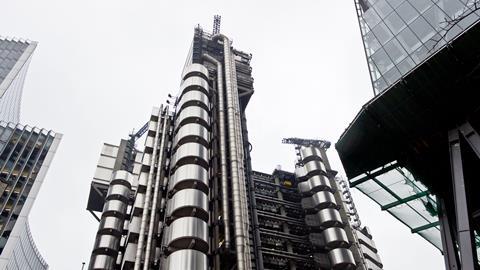 Lloyd’s, the world’s specialist insurance market, has commissioned a “culture” survey to help detect and ultimately root out a legacy of drunken and misogynistic behavior that has—even by the chairman’s own admission—lingered around for too long.

The annual survey, the largest ever conducted by the insurance sector, is intended to help the company understand the working cultures that exist across the Lloyd’s market, including standards of behaviour and conduct, and to inform further action.

The three-week confidential survey, conducted by the Banking Standards Board (BSB), the U.K.’s independent body set up to raise professional standards in the sector, ends Friday, May 31, after which the outcome and resulting action plan will be reported back to the market.

The online, 10-page survey is entirely confidential and non-attributable. It is open not only to Lloyd’s employees but also to employees of Lloyd’s managing agents, brokers, and members’ agents, as well as anyone with a pass to the Lloyd’s building in Lime Street (such as cleaners, security personnel, and IT support). Responses go directly to the BSB, which will collate and aggregate the feedback. Up to 44,000 people are eligible to take part.

A Lloyd’s spokesman said the results of the survey, as well as any recommendations arising from it, will be made public “this summer.”

The survey is part of Lloyd’s “five-point plan,” announced in March this year, which is meant—according to Lloyd’s—”to create an inclusive and innovative culture, and ensure the market can attract, motivate and retain the best talent,” but which is also a response to a Bloomberg article where 18 female employees described the place as a “meat market” where drunken, misogynistic, and sexual predatory behavior is played down and goes unreported.

Indeed, it was only in February 2017 that the market’s own bar, called the One Under Lime, stopped serving alcohol during business hours.

The “action plan,” unveiled on 26 March, is intended to increase reporting, impose strong sanctions on those found to be responsible for inappropriate behavior, and create better understanding and awareness of the issues. It includes the provision of an independent bullying and harassment support line and confirmation that, where investigations conclude that individuals have a case to answer, they will be subject to sanctions from their own companies and also from Lloyd’s—potentially being banned from the market for life.

Other actions include a comprehensive review of policies and practices across the Lloyd’s market with a view to identifying and sharing best practices, as well as providing training focused on prevention and supporting those who have been subjected to inappropriate behavior.

Lloyd’s Chairman Bruce Carnegie-Brown has said cultural change within the insurance business “is not moving fast enough” and that he expects “two or three cases” of serious misconduct at the insurance marketplace to emerge “soon” as the organization tackles reports of widespread sexual harassment.