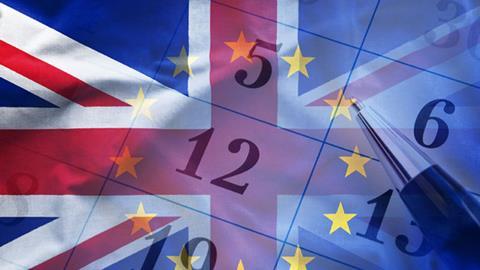 The United Kingdom is still no closer to deciding what kind of Brexit deal it wants after Members of Parliament (MPs) failed to agree to a majority verdict on any of the four options they put on the table.

The news has caused dismay in Europe. Guy Verhofstadt, Brexit coordinator for the European Parliament, said that the Commons’ votes against all the available options makes a hard Brexit “nearly inevitable.”

The lack of consensus at Westminster has made a no-deal Brexit “more likely,” according to Michel Barnier, the European Union’s chief Brexit negotiator, though such a prospect can still be avoided if MPs and the British government can either agree on a route forward this week or if EU member states agree to another extension.

Barnier added, howeer, that a long extension to the United Kingdom’s current 12 April exit date carries “significant risks for the EU” and that a “strong justification would be needed” before the other 27 EU member states would agree.

Barnier also said the bloc stood ready to amend the non-legally binding political declaration on future relations that forms part of Prime Minister Theresa May’s deal, saying it could be changed to clearly state that the two sides wanted a customs union or Norway-style relationship.

But he stressed that the U.K.’s withdrawal treaty—the product of two years of negotiation, which would be legally binding—could not be renegotiated and must form part of any exit deal.

Last week MPs voted on eight different motions outlining what kind of “softer” Brexit the country could/should take instead of signing up to the current Withdrawal Agreement. In the Commons vote on Monday, those options were reduced to just four. They were:

MPs rejected a customs union with the European Union by just three votes (273 for versus 276 against). The same motion was defeated by six votes last week. The cross-party motion for a “common market 2.0” fell by 21 votes (261 to 282).

Meanwhile, a motion for another referendum got the most votes in favour, but still lost by 280 to 292. The plan to give MPs the power to extend Brexit, or at least choose between “no deal” or revoking article 50, lost by 191 to 292 votes.

The so-called “indicative votes” were not legally binding, but they had been billed as the moment when Parliament might finally compromise.

Responding to the results, Brexit Secretary Stephen Barclay said the PM’s thrice-rejected plan was the only viable option left, given that the Commons has rejected leaving without a deal or cancelling Brexit.

May and her Cabinet are meeting Tuesday to decide what course of action they should take next.

Meanwhile, Parliament has set aside Wednesday to allow a further debate for MPs. If that goes ahead, they could use it to discuss different Brexit plans again. Another option is to try to mandate the government to seek a further extension to Article 50, delaying Brexit beyond the current date of 12 April.

The government faces more political turbulence in the coming days. MPs could table another vote of “no confidence” in May and her government, forcing the prime minister to resign if she loses. If the incumbent Conservative government, nor the opposition Labour Party, cannot win a new vote of confidence in the Commons, the country would head to the polls for an early general election by the end of April or the beginning of May at the earliest.