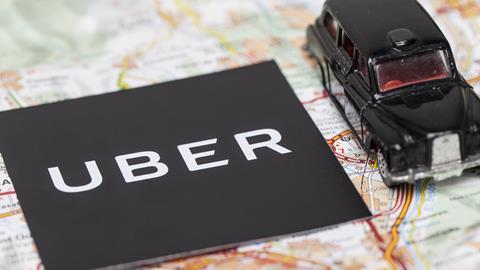 Uber stripped of London license for ‘pattern of failures’

Uber has been stripped of its London operating license after the city’s transportation regulator identified a “pattern of failures” by the company, including several safety breaches that placed passengers at risk.

Transport for London (TfL), the capital’s regulator for taxis and private hire vehicles, said it did not have confidence the company could ensure passenger safety, which has “led it to conclude that the company is not fit and proper at this time.”

In a news release, TfL listed a series of serious problems with the app-based service—a key one being that a change to Uber’s systems allowed unauthorized drivers to upload their photos to other Uber driver accounts.

This allowed them to pick up passengers as though they were the booked driver, which occurred in at least 14,000 trips. Furthermore, all of these journeys were uninsured, and some passenger journeys took place with unlicensed drivers, one of which had previously had their license revoked by TfL.

While Uber may have had success in getting Londoners to use its services, it has had decidedly mixed fortunes with the city’s authorities. TfL first announced in September 2017 it would not grant the company a license extension over concerns about how its drivers were vetted, and in particular, its use of “Greyball”—software that could be used to block TfL and other bodies from gaining full access to the app, thereby preventing them from undertaking regulatory or law enforcement duties.

Last year, following an appeal against TfL for its refusal to renew, Uber received a 15-month private hire operator’s license from London’s chief magistrate—with conditions. These centered around requirements to enhance the company’s board and hire independent directors; issue independent assurance reports to TfL; an undertaking not to circumvent legal/compliance regulations; report breaches to the relevant authorities; ensure transparency in any investigations; improve complaints handling; and not employ anyone in a senior management/director position who had evaded enforcement or regulation through technologies such as “Greyball.”

More widely—and in response to safety concerns about taxi firms generally—in May 2018 the Metropolitan Police gave TfL’s Taxi and Private Hire Compliance Officers new powers to carry out road stops without police presence to check taxi drivers have valid licenses. These compliance officers also have the authority to pull drivers off the road and stop them driving if they are found breaking the law.

Some of these breaches led TfL to prosecute Uber earlier this year for allowing vehicles to operate without the correct hire or insurance in place.

While recognizing Uber had put steps in place to prevent such abuses, TfL said the frequency, scale, and ease at which such breaches could occur “highlight the potential safety risk to passengers of weak systems and processes,” adding that “it is a concern that Uber’s systems seem to have been comparatively easily manipulated.”

Uber’s “pattern of regulatory breaches” prompted TfL to commission an independent assessment of the company’s ability to prevent similar incidents happening again. Following its investigation, TfL concluded it currently “does not have confidence that Uber has a robust system for protecting passenger safety while managing changes to its app.”

Uber now has 21 days to appeal, and the company has said it intends to do so, calling the decision “wrong.”

“We have fundamentally changed our business over the last two years and are setting the standard on safety,” said the company in a statement. “TfL found us to be a fit and proper operator just two months ago, and we continue to go above and beyond.”

Uber can continue to operate during the appeals process. It can also implement governance and safety changes to demonstrate to a magistrate it is fit and proper by the time of the appeal.

While Uber continues to operate, TfL says it will continue to “closely scrutinise” the way the service is run. This includes monitoring the company’s ongoing compliance with 20 conditions set by TfL in September regarding the need for effective management oversight and robust controls to be in place while appropriate changes to the app are in progress.

Helen Chapman, TfL’s director of licensing, regulation, and charging, said: “Safety is our absolute top priority. While we recognise Uber has made improvements, it is unacceptable that Uber has allowed passengers to get into minicabs with drivers who are potentially unlicensed and uninsured.”