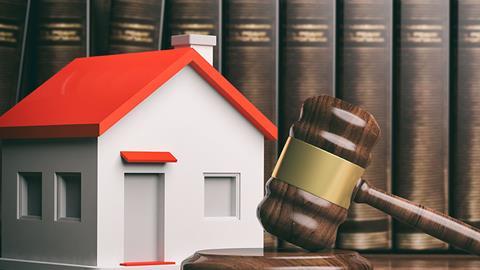 Facebook will pay $5 million and implement a series of anti-discrimination policies to settle a lawsuit brought against it by national fair housing advocates.

In March 2018, the National Fair Housing Alliance (NFHA), the American Civil Liberties Union, the Communication Workers of America, and others filed a lawsuit against Facebook in federal court in New York City, alleging that Facebook’s advertising platform enabled landlords and real estate brokers to exclude people of color, families with children, women, people with disabilities, the elderly, and other protected groups from receiving housing ads. The lawsuit alleged that Facebook created prepopulated lists that made it possible for its housing advertisers to “exclude” (in the company’s own terminology) certain demographics from seeing ads for real estate, apartment rentals, employment opportunities, and credit services/products.

The federal Fair Housing Act prohibits discrimination against consumers based on race, color, religion, sex, disability, familial status, and national origin. The law also makes it illegal to “make, print, or publish, or cause to be made, printed, or published any notice, statement, or advertisement” that would limit housing options for protected groups.

On March 19, the fair housing groups settled a lawsuit with Facebook that, in their words, “will drive unprecedented and sweeping changes across its advertising platform.” They say their agreement will “set new standards across the tech industry concerning company policies that intersect with civil rights laws.”

As part of the settlement agreement, the NFHA will work with Facebook to develop an in-house fair housing training program for company leadership and staff. Housing advocates will also monitor Facebook’s advertising platform on a continual basis and work with them “to support programs that expand fair housing opportunities throughout the country.”

In August 2018, the U.S. Department of Housing and Urban Development filed a complaint against Facebook for giving landlords and home sellers access to advertising tools that limit which prospective buyers or tenants can view certain online ads based on race, religion, sex, disability, and other characteristics.

According to the complaint, Facebook permitted advertisers to discriminate based on disability by blocking ads to users the company categorized as having interests in “mobility scooter” or “deaf culture.” It similarly discriminates based on familial status by not showing ads to users that were labeled as being interested in “child care” or “parenting,” according to the complaint.

HUD’s complaint alleges Facebook’s platform violates the Fair Housing Act because it enables advertisers to, among other things:

“The Fair Housing Act prohibits housing discrimination including those who might limit or deny housing options with a click of a mouse. When Facebook uses the vast amount of personal data it collects to help advertisers to discriminate, it’s the same as slamming the door in someone’s face,” Anna María Farías, HUD’s assistant secretary for fair housing and equal opportunity said in a statement.

Chief Operating Officer Sheryl Sandberg addressed the issue on an official Facebook blog. “One of our top priorities is protecting people from discrimination on Facebook,” she wrote. “There is a long history of discrimination in the areas of housing, employment, and credit, and this harmful behavior should not happen through Facebook ads … Our policies already prohibit advertisers from using our tools to discriminate. We’ve removed thousands of categories from targeting related to protected classes such as race, ethnicity, sexual orientation, and religion. But we can do better.”

As part of Facebook’s civil rights audit, it has engaged the civil rights law firm Relman, Dane & Colfax to review advertising tools and advise what it can do to guard against misuse.

Facebook has agreed to establish a separate advertising portal, the “HEC portal,” for advertisers seeking to create housing, employment, and credit ads on Facebook, Instagram, and Messenger. It will limit advertisers’ targeting abilities to prevent them from illegally discriminating. Housing advertisers will no longer be allowed to target consumers based on race, ethnicity, color, national origin, gender, age, religion, family status, disability, or sexual orientation. They will also be prevented from advertising based on zip code. Instead, they will be permitted to advertise based on a 15-mile radius from a city center or address.

Facebook will restructure its “lookalike audience” feature, which formerly allowed advertisers to target ads to Facebook users who were similar to an advertiser’s existing customers. Moving forward, Facebook will restructure and rename this tool so that it will not consider users’ age, relationship status, religious or political views, school, interests, zip code, or membership in “Facebook groups.”

The company also says it will also create a page for consumers to view all housing ads placed on its platform, post a self-certification agreement that advertisers must agree to regarding all anti-discrimination laws, provide anti-discrimination and civil rights educational materials to advertisers, and continually work with scholars, organizations, experts, and researchers to examine algorithmic modeling and its potential for discriminatory impact and bias.

Facebook will also donate a $500,000 advertising credit to the housing plaintiffs for placement of ads to educate consumers and industry about fair housing rights and responsibilities, to announce relevant events, to publish reports, and otherwise promote fair housing.