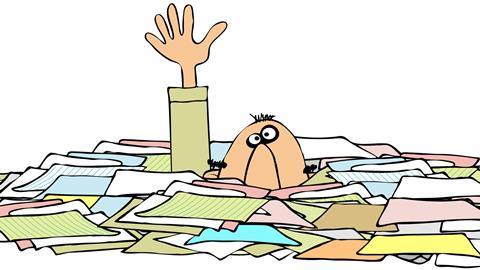 Lessons from a CCO ‘in way over his head’

Getting into compliance for the money rarely pays off. Just ask David Goulding.

Goulding was the chief compliance officer for now-defunct investment advisory firm The Nutmeg Group. In November 2019, the Securities and Exchange Commission won a trial against Nutmeg regarding fraud charges the SEC brought in March 2009 for misappropriating client assets and misrepresenting the value of 15 unregistered investment pools. Magistrate Judge Jeffrey T. Gilbert of the U.S. District Court for the Northern District of Illinois ruled Randall Goulding, owner and managing member of the firm, “used Nutmeg as his personal piggybank” in addition to commingling investor funds and working within poor internal control systems. Goulding was forced to pay north of $1.8 million in penalties.

David Goulding’s background includes an undergraduate degree in philosophy and economics with a minor in political science. He had worked as a personal trainer, in marketing for a health club, and for Borders Books and Music before joining Nutmeg in 2007 to work for his father, Randall. He began in a part-time role, predominantly working from home and helping with administrative duties before progressing to the role of “internal operations manager” in January 2008 and subsequently being named chief compliance officer in March 2008.

Goulding’s lack of credentials came back to bite him last week, when Gilbert issued an opinion requiring David Goulding and his affiliates to disgorge approximately $32,000 in addition to pre-judgment interest. Gilbert’s judgment does not contain an express finding that David Goulding violated the federal securities laws Nutmeg was disciplined for violating, but he deemed Goulding’s decision to take the CCO job “extremely reckless” to satisfy the SEC’s burden of proof for liability.

”David was in way over his head as the Chief Compliance Officer for an investment advisory firm, and he knew it. He was unqualified and unable to fix the problems he knew existed when he started the job, and the problems the SEC identified after it began its examination in May 2008 just exasperated the situation. … This was reckless and even extremely reckless conduct under all the circumstances.”

Judge Jeffrey T. Gilbert of the U.S. District Court for the Northern District of Illinois

“David had absolutely no training in, experience with, or knowledge of the securities industry when he agreed to become the Chief Compliance Officer of an investment advisory firm that had roughly $30 million in investor funds under management,” Gilbert wrote. “He had never worked for a broker/dealer, investment company, or investment fund. He had no experience communicating with investors, performing or assisting in the valuation of investment funds, or with the compliance responsibilities of an investment adviser.

“To be blunt, the evidence suggests David literally had no idea what he was doing or what he was getting himself into when he decided to go work for Nutmeg.”

In a declaration, David Goulding admitted he was concerned prior to becoming CCO that if he were to take the position he would “get painted with a broad brush by the SEC and be held responsible for things that did not happen during my tenure.” So why did he take the job?

According to the court documents, Goulding was convinced he could bring his father’s company into compliance with the law. Before becoming CCO, he consulted with a lawyer, Carl Duncan, who he said essentially acted as general counsel to Nutmeg, and Duncan told him he should be fine so long as the record was clear the date he became CCO and that everything he did in the role was to bring Nutmeg into compliance.

Goulding said in his declaration he needed “a crash course on all pertinent securities regulations,” but the court said it’s unclear what that entailed. Goulding knew Nutmeg’s internal controls were deficient, and he admitted he began valuing the company’s securities without reviewing guidance concerning the valuation process.

“It was extremely reckless for David to become Nutmeg’s Chief Compliance Officer under these circumstances and to continue in that role once additional issues and problems came to light,” Gilbert wrote.

One of Goulding’s intended actions in the CCO role was to update the company’s spreadsheet system for valuing and accounting fund assets. The court documents state Goulding determined no commercially available software would help with his particular situation, so he turned to his brother Brandon—who had created the initial system—to fix it. The court notes there was no reason to believe Brandon could get the system in line, and no progress had been made on the changes by the time the SEC came around in May 2008.

“David was in way over his head as the Chief Compliance Officer for an investment advisory firm, and he knew it,” Gilbert wrote. “He was unqualified and unable to fix the problems he knew existed when he started the job, and the problems the SEC identified after it began its examination in May 2008 just exasperated the situation. … This was reckless and even extremely reckless conduct under all the circumstances.”

The court documents include several instances of David Goulding explaining he was trying to get Nutmeg in compliance. The documents note from January 2008 he was focused on retitling fund assets correctly in the name of the fund to which they belonged in order to undo the commingling, but the SEC said these issues were not fixed by the time the agency filed suit.

Even if his actions were genuine, moreover, they allowed other improprieties to continue on his watch—thus increasing his liability.

“David’s work at Nutmeg, both before and after he became Chief Compliance Officer in March 2008, helped to keep Nutmeg afloat and perpetuated Nutmeg’s improper and illegal conduct,” Gilbert wrote. “It also likely delayed investors from learning the truth about what Nutmeg was doing with their money and prevented them from liquidating their investments at a time when they might have been able to recover more than they ultimately recovered.”

Particularly damning to Goulding was a letter to investors he sent in September 2008 that contained “misleading statements.” According to the documents, in the letter Goulding told investors second-quarter 2008 statements were late due to a transition in tracking, valuation, and reporting software, but he failed to mention the process was the result of the SEC’s examination that began in May.

“While David also testified that, in his view, ‘all of this would have happened, anyway’—in other words, Nutmeg would have done the revaluation whether or not the SEC became involved’—that does not excuse his failure to tell investors the real reason the revaluation was done at the time it was done, a material fact David clearly acknowledged and understood,” Gilbert wrote.

The court goes on to explain instances where Goulding blindly signed documents that contained false statements and fund transfers at the request of his father Randall, “in exchange for a promise from Randall of compensation for his cooperation or acquiescence.” David Goulding would later say he did not understand what he was doing or why he was asked to do it, according to the documents, but his actions “substantially assisted” Nutmeg’s improprieties.

“David generally was aware that his actions were part of an overall course of conduct that was improper or illegal at least as of the time he became Chief Compliance Officer in or about March 2008. … He certainly became more informed of those issues after he assumed his new role,” Gilbert wrote.

So much for the money

In the case, the SEC sought disgorgement from David Goulding in the full amount of his compensation from Nutmeg and from his affiliates in the amount of fees earned on the sale of certain fund assets that were transferred to them by Nutmeg. Goulding’s argument was investors suffered no losses because of his actions and that he was not paid with investor money, but the court, citing the commingling of funds, failed to side with either.

Thus, the SEC’s desire to disgorge $97,639 that David Goulding was paid in salary between 2007 and 2009 was on the table. The court ruled Goulding should not have to disgorge any of the salary he earned before being named CCO, and thus the focus was turned to the $36,660 in net salary the SEC said Goulding earned as CCO from March 11, 2008, through March 20, 2009.

Of note, the court found Nutmeg would have had to pay someone actually qualified for the CCO position more than Goulding received.

The court ultimately concluded David Goulding should disgorge one half of that salary ($18,817), noting his “apparently sincere belief when he became Nutmeg’s Chief Compliance Officer that he could remedy the compliance issues at Nutmeg even if that belief was naïve and ill-advised” as a mitigating factor.

“David argues that he provided valuable services to Nutmeg because he was trying to correct the problems at Nutmeg during this time period, and he did correct some of the problems, so his compensation was not ill-gotten,” Gilbert wrote. “But David ignores the fact that whatever his efforts to bring Nutmeg into compliance with the securities laws, he also was actively working to keep Nutmeg in business during a time that it was flagrantly violating those laws.”

Gilbert also noted in his decision much of Goulding’s time as CCO was spent responding to SEC requests as part of the agency’s investigation, and “it seems a bit odd to require David to disgorge money he was paid, at least in some part, for work he did at the SEC’s instance.”

Further disgorgement included the affiliates David Goulding, Inc., and David Samuel, LLC, paying penalties of $3,317 and $9,769 in fees received, thus adding up to the nearly $32,000 total.

The court documents note Goulding’s goal in going to work for Nutmeg in 2007 “was to make money.” Instead, he becomes a lesson in why a CCO job must not be taken lightly—by companies and the individuals seeking the positions alike.