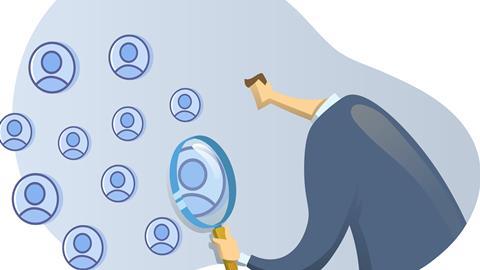 Best practices KYC: What to do when your client is in the headlines

The discipline of “know your customer/client” (KYC) has grown beyond the verification of a name, address, ownership, and control. Nowadays it is an ongoing process, a living thing. Many regulators now expect firms to apply ongoing negative media screening to all high-risk client relationships. Moreover, financial crime compliance officers and anti-money laundering (AML) professionals need to demonstrate that they react to and manage negative media alerts relating to their clients.

In a recent enforcement action against Commerzbank, the U.K.’s Financial Conduct Authority criticized the bank for poor AML controls applied to high-risk client relationships and stated, “almost all of the higher risk files had inadequate EDD [enhanced due diligence], with deficiencies such as: limited evidence of meetings with customers; and inappropriate disregarding of negative press coverage (emphasis mine).”

Many negative media alerts reference allegations or charges in advance of court proceedings and any findings of guilt. Thus, the relationship managers assert such allegations or charges are not proven and should therefore be disregarded. Often, they will say their clients are innocent until proven guilty, but is this actually correct? A person is guilty of committing an offense at the time of doing so, not when a jury determines he/she did so. Prisons are full of people who were apparently innocent until they were proven to be guilty, but the fact is they were always guilty. Of course, there are innocent people who are wrongly accused and there are guilty people who escape justice because prosecutors fail to produce sufficient evidence to demonstrate their guilt.

I recollect an instance when upon assessing some negative media alerts I challenged a private banker regarding his African-based politically exposed client, who had twice been acquitted of charges of corruption. His client was a parliamentary private secretary; a civil servant; a government employee. In his bank account in London, he held excess of $2 million. I asked the banker if the money in the account was the missing evidence that would have convicted his client of the charge of corruption. The banker said it was family money but failed to produce any evidence of either the client’s source of wealth or the source of the funds. I filed a suspicious activity report (SAR) and recommended the closure of the client relationship.

In another instance I was presented with negative media reports that stated a beneficial owner of a correspondent banking client in Latin America had been charged with money laundering. I wrote to the relationship banker and U.S.-based compliance colleagues seeking a risk management proposal for the client relationship. The head of correspondent banking for Latin and South America wrote back and immediately dismissed the allegations made within what he referred to as a “spurious media article.” I replied that the article was actually referencing the charges and quotes from a court extract in the United States. The head of correspondent banking did not reply. I closed the London accounts for this bank and filed another SAR.

So how do we assess, measure, and manage negative media alerts? Below are some questions you may wish to consider when you next confront a relationship manager who disagrees with you and seeks to defend his/her client:

Now ask yourself this question: What would you do if as an innocent party you or your firm were the subject of spurious, negative media reports and/or false allegations? Has your client done what you would do?

Doing nothing with negative media alerts is not a good strategy. For sure, some reports can be expediently dismissed, because of political motivation or the minor nature of some allegations, but all negative media alerts need to be resolved and be seen to have been resolved, appropriately.