The battle over the separation of the general counsel and chief compliance officer roles has been raging for well over a decade now.

It’s been 16 years since the Tenet Healthcare compliance fiasco, when Senator Chuck Grassley noted, “It doesn’t take a pig farmer from Iowa to smell the stench of conflict in that arrangement” when discussing the dual-hatted role of Christi Sulzbach, the company’s general counsel and chief compliance officer. It became clear at that time that legal and compliance needed to be independent to properly function.

Fast forward to the present and we see the compliance profession has undergone significant evolution. What was once a fledgling profession has blossomed into an area recognized by most major federal agencies as being not just important, but necessary to the core team of every major corporation.  The Department of Justice’s Criminal Division just rewrote its initial guidance. The DOJ’s Antitrust Division provided its evaluation criteria in July. Even the Department of Treasury joined the party by providing its “Framework for OFAC Compliance Commitments.” 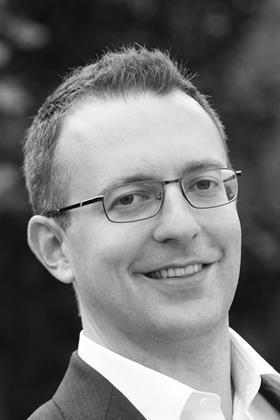 While each document focuses on a specific area of law, they all shine the spotlight on the role of the leader of the company’s compliance efforts. Several descriptive words regarding this role appear throughout. Words such as autonomy, authority, and seniority are staples, regardless of the legal area, when assessing the head of the compliance program. The guidance admittedly stops short of outright requiring independence, effectively providing an exception for smaller programs that understandably must “[rely on] less formality and fewer resources.” That statement, however, is quickly followed by noting that “if a compliance program is to be truly effective, compliance personnel must be empowered within the company.” It’s hard for compliance to be empowered when it’s subservient to the legal function.

This focus on the role of the compliance officer did not rise out of a vacuum. Rather, the profession’s aforementioned evolution has been a period of trial and error—too often, significant error—showcasing the many ways a compliance department should not be run. Most, if not all, of the major compliance failures over the last decade have resulted in corporations lacking sufficient compliance independence. As such, we see the core of the issue with housing compliance under the legal function. The two departments have significantly different mandates. The legal department and the general counsel must focus on zealously representing their client—the company. Meanwhile, compliance is charged with the responsibility to find, fix, and prevent misconduct. While the two can often work hand-in-hand, we’ve seen that they absolutely conflict in the heat of the moment.

Again, we have over a decade of corporate scandal to choose from to highlight the importance of compliance independence. Let’s choose a doozy—the GM ignition switch scandal earlier this decade. Senior attorneys knew of the faulty parts for years. Even while the body count rose, they ignored, deflected, and suppressed the information from rising up the chain to senior leadership. Legal was seemingly more worried about preventing employees from using words such as “annihilate,” “widow-maker,” and “deathtrap,” than actually remedying the issues that were leading to the use of such colorful terms. GM essentially placed its moral compass in the hands of its legal team, which focused on limiting exposure in civil litigation.

But, you know what? That’s their job. This is obviously not meant to justify any of the actions of GM, but that perfectly highlights the dichotomy between legal and compliance. While the legal team in this debacle was clearly misguided, its role is ultimately to zealously protect the company, so that’s what it focused on. What GM needed standing independently alongside them—with the requisite autonomy, authority, and seniority—was an empowered compliance team that could stand up and raise these issues to anyone and everyone until a remedy was developed and implemented. Anything less—as Senator Grassley would surely still agree—just stinks.

Matt Stankiewicz is a senior associate at The Volkov Law Group, specializing in corporate regulatory and compliance issues.