The American system of online privacy protection is broken. That is bad for adult consumers—and even worse for kids. As a parent and an educator, that terrifies me. 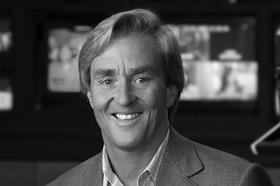 The genius of the American system of government is that it contains the solutions that we need to address this problem—in the states and territories. Our states have developed powerful, complex tools to protect consumers whose rights are being violated.

Why states and not the federal government?  There are three key reasons.

A major reason that the states can innovate is because State Departments of Justice have incredible regulatory, prosecution, and law enforcement capabilities. These are typically strong pro-consumer agencies—taking the lead on everything from tobacco to opiods and social media—that are directly accountable to voters.

These DOJs and Attorneys General are increasingly focused on online consumer protection, as citizens have decried the federal government’s inaction and incompetence. University of Maryland Francis King Carey School of Law Professor Danielle Citron noted that “state attorneys general have been nimble privacy enforcement pioneers, a role that for practical and political reasons would be difficult for federal agencies to replicate. Because attorneys general do not have to wrestle with the politics of agency commissioners or deal with layers of bureaucracy, they can move quickly on privacy and data security initiatives. Career staff have developed specialties and expertise growing out of a familiarity with local conditions and constituent concerns. Because attorneys general are on the front lines, they are often the first to learn about and respond to privacy and security violations.”

Americans overwhelmingly demand progress now on privacy rights. We are all online, our kids are even more online, but we are not able to protect ourselves or them. We need a stronger web of protections—and that will only happen with a movement to update state laws and ensure that state DOJs have the resources to protect us and citizens have the tools to protect themselves.

James Steyer is the founder and CEO of Common Sense Media, the nation’s leading independent non-profit organization dedicated to creating a powerful voice for kids and families in the 21st century.