Following the final out of the 2019 World Series last October, the Houston Astros were one of baseball’s most successful franchises. They lost the series in seven games, but they had captured two American League pennants in three years and won it all in 2017. Perhaps more than that, they were poised for several more years of success.

Since then, the Astros have been on quite a losing streak, even though they haven’t seen a single pitch. In fact, a steady stream of scandals has made the team a case study for how unscrupulous cultures lead to ethical failures, organizational chaos, and reputational damage.

But the Astros’ situation offers important lessons for leaders of all organizations about the risks associated with a win-at-all-costs or short-term outlook. It provides lessons for any organization trying to build and maintain a strong culture in any field—athletic or otherwise.

Houston, we have an ethical breakdown

Less than two weeks after the Washington Nationals beat the Astros in Game 7, former Astros pitcher Mike Fiers publicly discussed the team’s use of electronic surveillance to steal signs from opposing teams’ catchers in 2017. This practice gave the Astros hitters an enormous, unfair, and improper advantage (notwithstanding team owner Jim Crane’s February claim that the scheme “didn’t impact the game”). An investigation by Major League Baseball followed, leading to the suspension and subsequent firing of Houston general manager Jeff Luhnow and field manager A.J. Hinch. 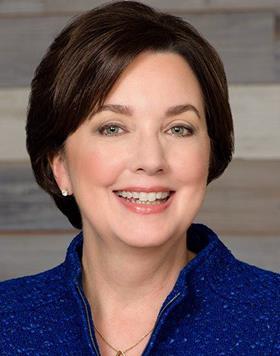 Initially, it wasn’t clear whether team executives were directly involved. But later, the Wall Street Journal revealed that the scheme had actually been orchestrated by the team’s front office.

According to the Journal, the now-infamous banging of garbage cans was how Astros players “embellished” what team executives started. And the use of technology in violation of baseball’s written and unwritten rules, and the win-at-all-costs culture it was part of in Houston, has caused heads to roll across the league.

Despite their on-field success, the Astros reportedly had deep-seated problems for years. “Toxic. Eats you alive,” was how one of more than 10 current and former employees described life inside the organization.

Those comments came during the 2019 postseason, before the sign-stealing scandal broke. They emerged after the Astros fired an executive for allegedly taunting female reporters about the team’s acquisition of a player who had been suspended for domestic violence.

From there, things just kept getting worse for the Astros. Fiers blew the whistle in November, spurring MLB’s investigation. Luhnow initially denied Fiers’ allegations and has so far declined to respond to the Journal’s revelations. But Hinch has been somewhat apologetic, stating in January that he didn’t participate in the events in question but “failed to stop them.”

Hinch, in a February interview, indicated that he may have learned something from the ordeal. Rather than criticize Fiers (who was not retained by the Astros after 2017) or fall back on talk of the sanctity of the clubhouse, Hinch showed he understands the position Fiers was in.

But baseball has a long history of criticizing whistleblowers, and many in the game have questioned Fiers’ decision to speak up. Former Astros manager Phil Garner said Fiers was now considered “a rat,” and ESPN analyst Jessica Mendoza decried Fiers, saying she felt “going directly through your team and/or MLB first could have been a better way to surface the information.”

It seems that the Astros’ culture would have made raising the alarm internally difficult, if not impossible. If the organization’s top executive, Luhnow, knew about and possibly approved of the sign-stealing, who could Fiers have trusted to hear and investigate his concerns? 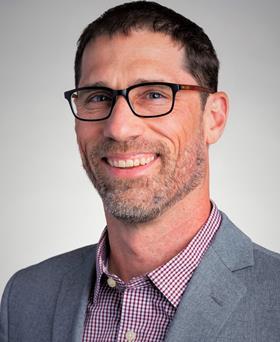 This is an important learning for compliance officers and executives at every organization: If employees see problems and feel that there’s nowhere to turn—because of a toxic culture or complicity in the upper ranks—going public, leaving, or staying silent will be their only options.

The truth about bad press

Fiers’ story reiterates the importance of a speak-up culture. This is further reinforced by recently enacted regulations, including those in the European Union and Australia, that protect whistleblowers from retaliation by employers if they go to the media. But even without these protective regulations, we know how speak-up cultures can keep organizations out of the headlines.

Studies released over the past two years by researchers at George Washington University and the University of Utah, based in part on hotline data provided by NAVEX Global, found that organizations with high use of internal reporting hotlines perform better financially and receive less negative media coverage. In fact, organizations with active hotlines receive, on average, 46 percent fewer negative stories than businesses with low or infrequent use.

That might seem counterintuitive—shouldn’t more employee reports mean more problems?—until you consider that employees won’t come forward with problems if they don’t feel the organization’s culture is such that they will be taken seriously and protected from retaliation. Instead, they are likely to do what Fiers did and take the matter to the news media (or a regulatory agency). And we know that organizations facing public scandal might never fully recover.

The ramifications of ethics breaches

While the Astros are not the only team under scrutiny (the Boston Red Sox, who won the 2018 World Series, are also under investigation for potential sign-stealing) their reputation will likely never be the same. Some critics are calling for the 2017 championship to be vacated, and Houston’s overall net favorability has dropped from ninth in baseball to 30th.

In addition to the reputational damage to the franchise, the Astros may also be civilly liable for harm caused by the sign-stealing scheme. Mike Bolsinger, a former pitcher for the Toronto Blue Jays, filed a lawsuit stemming from one of the most egregious examples of the Astros’ bad behavior. During a game in August 2017, Houston reportedly used its sign-stealing techniques to win 16-7, even though the team was 30 games over .500 at the time with a 15-game lead in its division. Bolsinger’s appearance in that game for the last-place Blue Jays was his last in the big leagues. It makes one wonder what incentives were in place to drive the need to completely annihilate the Blue Jays in this game.

Creating a strong culture and accountability

That game demonstrated the depth and breadth of the cultural failures surrounding the Astros and the absolute lack of respect for fellow players in the league. How any player or coach in the dugout could not have known what was happening is remarkable, even as some of them are now expressing regret.

This organization-wide contemporaneous knowledge of wrongdoing may be the biggest difference between the Astros and non-sports entities, where bad behavior might be more compartmentalized. But that doesn’t mean the broader corporate world can’t learn from the Astros’ failures. In the end, the drivers of bad behavior are the same no matter the organization. Arrogance, greed, lack of willingness to hear bad news, poor leadership and accountability, and misguided incentives can happen anywhere.

For any organization, recovering from an ethics scandal requires strong leadership. The new leadership in Houston (and Boston) must take the opportunity to build a strong culture and set a tone that embraces openness, making clear that retaliation will not be tolerated, that employees can come forward with concerns, and that rule violators will be held accountable.

This is something leaders must emulate both to repair a culture after a compliance failure and to set the tone that cheating won’t be tolerated. Executives across corporate America should take note that winning at all costs—and sacrificing culture and integrity—may work in the short term but once the scandal breaks, control of the organization’s reputation is lost, and history will write the rest of the story.