FCPA: An act of punitive moralism

Scenario: An American city hires an Asian-based bank to float a bond deal. Scandal! Turns out the bank wined and dined the mayor and council and treated them to sports events. After an investigation, the Asian bank agrees to put things right by paying millions of dollars to the government of France. 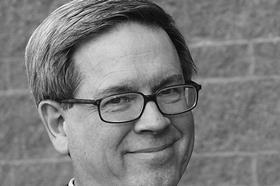 That’s crazy, right? What does any of this have to do with the government of France? But it’s certainly no crazier than the workings of our own Foreign Corrupt Practices Act, under which European companies have been made to pay penalties of $398 million and $240 million to the U.S. government over bribes paid to officials in Nigeria and Iran, respectively.

Enacted in 1977, the Foreign Corrupt Practices Act is a feel-good exercise in over-criminalization that tempts revenue-hungry American regulators to insult coequally sovereign governments by meddling in overseas wrongdoing they would have been willing to check into and punish themselves, and in which Americans had been neither wrongdoers nor victims. It has not managed to reform the culture of corruption that prevails in many foreign nations, and it leaves ways for sophisticated actors to circumvent its rules, such as hiring ask-no-questions local freelancers. Much of the American business community would like Congress to rein in some of its worst flaws. But isn’t it time to reconsider the act more fundamentally?

FCPA oversteps the proper bounds of federal lawmaking in at least four ways: it is extraterritorial, vicarious, punitive, and vague. It presumes to punish distant misdeeds, which deprive no Americans of liberty or property. It inflicts penalties on unwitting higher-ups and investor bystanders based on the actions of rogue locals. It menaces targets with long prison terms and huge fines, whether or not conduct is large in scale or of acknowledged wrongness. And it leaves unclear such basic questions as who counts as a foreign “official” (a doctor with a public hospital?) and what is an improper gift (hiring influential officials’ children? That practice is known to go on in Washington, D.C., itself).

FCPA oversteps the proper bounds of federal lawmaking in at least four ways: it is extraterritorial, vicarious, punitive, and vague.

All of this was bad enough before the FCPA enforcement drive of the past decade. But then it dawned on the feds that ever-tougher enforcement (1) was a lucrative business and (2) could be turned disproportionately against foreign actors with few friends in U.S. politics.

Then followed efforts to stretch the law. To find a nexus for U.S. jurisdiction, enforcers could look not only at, say, a foreign company’s listing of ADRs on a U.S. exchange, but even to the routing of conspiratorial messages between persons abroad through e-mail servers in the United States, as happens all the time on the Internet. Conduct that had taken place 15 or 18 years earlier was sifted through. The U.S. Department of Justice took an aggressive stance in interpreting unclear language in the law—and there is a lot of it.

The courts pushed back, with federal judges throwing out a series of high-profile cases. Targets pushed back too: A probe of drugmaker Eli Lilly  and Company was dropped with no charges after pending for a mere 11 years. A much-ballyhooed probe of WalMart Mexico mostly fizzled, but not until it had destroyed $12 billion in stock market value in one day.

Now the U.S. Chamber of Commerce and other business groups want Congress to clarify the law’s provisions and also formalize a compliance defense that at the moment consists of non-binding Justice Department guidance. Fine. But why not go further to consider deeper reform or even repeal?

Chicago-Kent law professor Andy Spalding argues that in practice, for all its fine intentions, the law hobbles developments like road projects that would lift rural populations out of poverty. By its nature, the law confers competitive advantage on companies that stay beyond the reach of the U.S. Department of Justice. While it is true that other advanced democracies have enacted anti-corruption laws, principles of mutualism and comity might go further to smooth feelings and coordinate the actions of national competitors than the current unilateral, America-makes-the-rules, one-size-fits-all approach. Making us feel better isn’t a good enough reason for a law.

Walter Olson is a senior fellow at the Cato Institute’s Robert A. Levy Center for Constitutional Studies and the author of four books on the American legal system, including The Litigation Explosion and The Rule of Lawyers. He founded and writes one of the most popular law blogs, Overlawyered. He has served as an editor at Regulation Magazine and frequently speaks on regulation, business, and the policy climate.