Imagine someone saying that we should break up India because it has too many people or the New England Patriots football team because it wins too often. Or that we should limit the number of votes that incumbent political candidates can receive so that lesser candidates have a fair chance? Or that we cap the salaries of professors at Ivy League universities so that universities with fewer financial resources can compete for top talent? 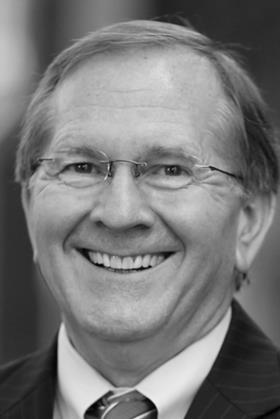 These are obviously bad ideas. Yet, they parallel arguments made to break up the Big Tech companies: Breakup proponents say the companies are too big and too successful, their customers are captured by brand names, and they have so much data and money that rivals can’t compete.

Let’s start with the bigness and success issues. When did making customers happy become a bad thing? People choose to use Big Tech’s services. They choose Google 75 percent to 90 percent of the time worldwide. Google isn’t diverting searches from Bing or DuckDuckGo. Nor is Google even offering the search services that Yelp or Facebook provide.

And, according to an article on eMarketer, U.S. online shoppers prefer Amazon over all others 45 percent of the time. Amazon isn’t suppressing Wal-Mart or eBay; nor is it controlling customers: U.S. customers provide Amazon with 206.1 million unique visitors per month but 109.4 million visit eBay.

Some of the market share data that breakup proponents and the media report is misleading. Recently the Wall Street Journal tried to make the case that Facebook is dominant by reporting that 95 percent of young adults on the internet use Facebook. But Pew Research says 35 percent of U.S. teens use Snapchat more than any other social media, and 32 percent use YouTube more than any other. Facebook and Instagram together are most used by only 25 percent of U.S. teens. So Facebook is, at best, number three for this important demographic.

Now let’s look at the value of these companies’ brands. Are the differences real or imagined? eBay is a well-known rival to Amazon—attracting 2 billion transactions per day worldwide, notes Parade.com, compared to Amazon’s peak of 26.5 million transactions on Cyber Monday in 2018, according to Business Insider. But while eBay is significant, 206.1 million U.S. customers choose Amazon over eBay each month. What would happen to these customers if a breakup or regulation forced Amazon to be more like eBay (which is what Elizabeth Warren proposes)? Denying U.S. consumers the Amazon they love would cost them about $167 billion per year.

Breaking up tech companies is a solution in search of a problem. Big-is-bad may have political appeal, but voters would lose in the end.

What if the government forced a decline in Google so that it was more like its two nearest competitors, Bing and Yahoo!? Considering the differences between their user satisfaction scores and how much users value search, knocking Google down would cost consumers about $700 billion per year.

Lastly, let’s look at how financial resources drive startups and innovation. When investors decide whether to put money into tech, they consider the profit potential of the winners and the possible financial losses for the about 90 percent of tech startups that don’t make it. The 90 percent number means that the most profitable tech companies need profits that are more than nine times the losses of the biggest financial failures.

Breaking up tech companies is a solution in search of a problem. Big-is-bad may have political appeal, but voters would lose in the end.

Mark Jamison is a visiting scholar at the American Enterprise Institute, where he works on how technology affects the economy, and on telecommunications and Federal Communications Commission issues.