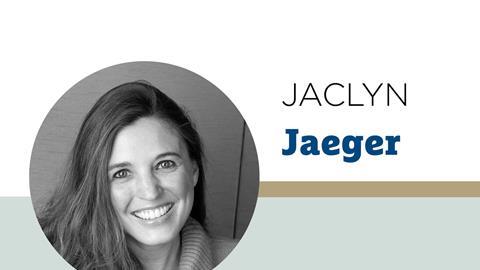 There has been a lot of talk in the news lately about sexual harassment allegations in the workplace, but not a lot of talk about what companies are doing about it. Now, companies have at least one case study in Wynn Resorts.

Over the past six months, the casino and resorts company has been taking a variety of steps to refresh its corporate governance structure, ever since accusations surfaced in the Wall Street Journal in January that managers and executives failed to act on numerous complaints from female employees that they were sexually harassed or assaulted by then-Chief Executive Officer Stephen Wynn and allowed the behavior to continue for decades as they turned a blind eye.

On the day the report broke, the Wynn Resorts board formed a special committee of independent directors—retaining law firm Gibson, Dunn & Crutcher as outside counsel to assist—to investigate the company’s awareness and knowledge of the allegations. Wynn Resorts’ internal workplace policies and procedures also underwent a comprehensive review, according to the company.

The sexual harassment accusations faced by Wynn Resorts offers a litany of lessons both in how to respond and not respond when allegations of sexual harassment arise, as well as what corporate governance practices put a company at greater legal risk. Ethics and compliance officers, HR professionals, board members, and others should consider the following dos and don’ts:

“The lessons here are clear: Harm to a company’s reputation and finances when misconduct is alleged by employees at any level can be damaging. When those allegations are made regarding senior leaders, regarding the face of the company … the allegations can bring down the company itself.”

Don’t sweep allegations under the rug. While Wynn Resorts was applying for a gaming license in Massachusetts in 2013, executives deliberately kept private a $7.5 million settlement that Steve Wynn reached with a casino employee in a sexual assault case. By not disclosing the settlement, Wynn Resorts now risks having its license revoked by Massachusetts gaming regulators if it is found to have violated the state’s suitability standard requiring casino licensees to maintain “integrity, honesty, good character, and reputation.” Kim Sinatra, former executive vice president and general counsel, is just one of many executives who resigned for allegedly attempting to keep Steve Wynn’s checkered past a secret.

Do consider separating the chair and CEO roles. Wynn Resorts is a cautionary tale on what can happen to a company when the CEO also serves as chair of the board. Boards are tasked with the responsibility of overseeing the company, including management. As the Wynn  situation demonstrates, it seems counterintuitive that a CEO running the company should oversee himself.

For its part, Wynn Resorts decided to split the CEO and chairman roles after Steve Wynn resigned in February. In his resignation letter, Wynn protested that “an avalanche of negative publicity” had created an environment “in which a rush to judgment takes precedence over everything else, including the facts. I have reached the conclusion I cannot continue to be effective in my current roles.”

Wynn’s board said it “reluctantly” accepted his resignation. As part of Steve Wynn’s separation agreement with the company, he did not receive any severance payment or other compensation.

Following Wynn’s resignation, the board appointed Matt Maddox the new CEO. Additionally, Philip Satre, president of the National Center for Responsible Gaming, will be appointed chairman at the end of 2018, once current chairman D. Boone Wayson steps down. Satre’s appointment as chair was part of a cooperation agreement reached on Aug. 3 with co-founder Elaine Wynn.

Do have independent board members. At Wynn Resorts, Steve Wynn ruled the roost, as indicated by the company’s own securities filings. Specifically, in a 2016 Form 10-K filing, Wynn Resorts disclosed under its “risk factors” that “the loss of Stephen A. Wynn could significantly harm our business. Our ability to maintain our competitive position is dependent to a large degree on the efforts, skills, and reputation of Stephen A. Wynn. If we lose the services of Mr. Wynn, or if he is unable to devote sufficient attention to our operations for any other reason, our business may be significantly impaired.”

Prevention of Harassment and Discrimination

All employees are entitled to work in a safe environment where they are treated with dignity and respect.  The Company does not tolerate offensive, demeaning, insulting or otherwise derogatory conduct, and is committed to a workplace that is free from sexual harassment and harassment based on other legally protected characteristics, or any other basis protected by federal, state or local law or ordinance or regulation.  Such behavior is prohibited in any form, whether it occurs between coworkers, involves a supervisor, or happens with persons doing business with or for the Company, including guests and vendors.

Employees who violate this policy will be subject to disciplinary action, up to and including termination of employment.  Disciplinary action can be taken in cases of inappropriate conduct, even if that conduct does not amount to a violation of the law.

Importantly, we all have a role in creating a positive, safe, respectful work environment. All employees must follow and help enforce the Company’s harassment and discrimination related policies, and advise a supervisor, the Employee Relations Department, the Vice President of Human Resources, the Chief Compliance Officer, the General Counsel, the employee’s particular divisional vice president, or the InTouch hotline if they believe those policies have been violated.

Please refer to the Company’s Preventing Harassment and Discrimination Policy for additional information.

Board independence is a linchpin of an overall, robust corporate governance structure. Over the last six months, Wynn Resorts has appointed six new directors, including several independent directors, to its board and announced the departure of five legacy directors. The company said it has also decided to reduce the median tenure of directors to less than three years.

Three of the board’s independent directors, appointed in April, are female: Betsy Atkins, Dee Dee Myers, and Wendy Webb. The appointments “advance the company’s commitment to diversify the gender, skills, and experience of the board,” the company stated. Wynn touted that its board now compromises 40 percent women, placing it in the top 10 percent of the S&P 500 for gender diversity.

Do have in place a compliance officer. On Aug. 3, Wynn Resorts’ board amended its Code of Business Conduct and Ethics. The amendments, the company stated, reiterate its commitment to maintaining a professional workplace free from discrimination and provide clarification on where employees can seek guidance or report complaints.

In its new ethics code, the company states that it is “committed to a workplace that is free from sexual harassment,” and that “such behavior is prohibited in any form, whether it occurs between coworkers, involves a supervisor, or happens with persons doing business with or for the company, including guests and vendors.”

The code continues, “Employees who violate this policy will be subject to disciplinary action, up to and including termination of employment. Disciplinary action can be taken in cases of inappropriate conduct, even if that conduct does not amount to a violation of the law.”

Don’t ignore broader compliance and legal risks. Another reason why chief ethics and compliance officers, HR professionals, boards of directors, and others will want to learn from Wynn Resorts’ missteps is because securities class actions and derivatives claims against companies in the wake of the #MeToo era are on the rise.

Such lawsuits generally allege that the company knew of the sexual misconduct and concealed the behavior from shareholders, causing the stock to trade at artificially high levels and resulting in substantial losses and damages to shareholders. In November 2017, 21st Century Fox reached a $90 million settlement with investors arising from sexual harassment claims, which cost long-time Fox News CEO Roger Ailes and commentator Bill O’Reilly their jobs.

“The lessons here are clear: Harm to a company’s reputation and finances when misconduct is alleged by employees at any level can be damaging,” says William Milani, a member of law firm Epstein Becker Green. “When those allegations are made regarding senior leaders, regarding the face of the company … the allegations can bring down the company itself.”

In instances where someone like a general counsel or head of HR must investigate the face of the company, it’s important that they retain an independent third party, like an outside law firm, to investigate. “When these allegations surface, it is crucial that they are promptly and thoroughly investigated and the wrongdoing, if any, is addressed,” Milani says. “A failure to do so will only lead to more #MeToo investor lawsuits of the type we see here involving Wynn Resorts.”