12
Point: Why CCOs should report to GC
Opinion

Point: Why CCOs should report to GC

Two decades ago, a corporate client of mine decided that its chief ethics and compliance officer (CECO) would no longer report to the general counsel (GC) but would instead report to the chief operating officer (COO).

The COO was not happy with this new arrangement, as he felt that he lacked the expertise to adequately supervise the work of the CECO. Subsequent unfortunate events suggest that he may have been right, which begs the question: Are CECOs better off reporting to their respective companies’ GCs?

It is important in discussing this issue to distinguish at the outset between administrative reporting—e.g., supervising on a day-to-day basis, setting goals and compensation—from informational reporting—e.g., receiving information in written reports, oral presentations, etc. There is likely to be plenty of benefit and no downside to have the CECO report informationally to the board of directors and/or CEO. But the issue is trickier when it comes to administrative reporting. 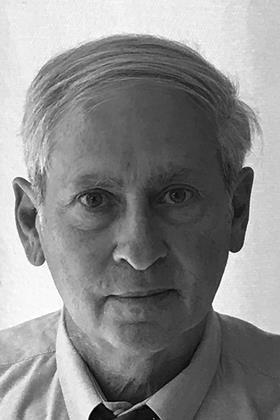 I do think that there can be merit to separating the CECO and GC functions administratively—at least for some companies. This is particularly true in organizations where, due to relevant history, employees and regulators may be skeptical about senior management’s commitment to compliance. It is also the case where—given the nature of the business (particularly with companies in highly regulated industries)—the GC’s conduct is itself likely to be scrutinized by the government. For these and other reasons, I have recommended such a separation to some clients.

But I have not done so for all. And before making a decision on this issue, companies should consider the possible downsides of having wholly separated GC and CECO functions.

The first is the problem identified in the above discussion of the corporate client. As a general matter, GCs have a broader and deeper understanding of what CECOs do than is the case with others in the C-suite. This can translate to better supervision.

Second, in some companies, having the CECO administratively report to the GC can help ensure that the company devotes adequate resources to the compliance program. This is because the GC’s budget is (as a general matter) likely to be seen as more important than the CECO’s. Indeed, over the years, I have heard several CECOs say that they felt “protected” from a resources maintenance perspective by being part of the GC’s department.

In some companies, having the CECO administratively report to the GC can help ensure that the company devotes adequate resources to the compliance program.

Third, there is the notion of “reach,” meaning how far and how deep the compliance and ethics program extends. There are many facets to this issue, but perhaps none is more important than having a seat at the table when new business plans are developed and implemented. Legal departments are often part of those discussions, but standalone C&E office members are less likely to be included.

Fourth, “clout” is also essential to compliance program efficacy, whether it concerns responding appropriately to allegations of wrongdoing or making sure that the “tone at the top” is all that it should be. While there are some exceptions, as a general matter, GCs are likely to have more clout than standalone CECOs.

Finally, note that even with the CECO reporting administratively to the GC, there are steps companies can take to address the concerns of critics of this model. One is to have the CECO meet periodically in executive session (i.e., without the GC) with the audit committee. Another is to forbid the GC from firing or reducing the compensation of the CECO without prior written approval of the audit committee.

Jeffrey M. Kaplan is a partner in the Princeton NJ office of Kaplan & Walker LLP, a law firm whose practice is devoted entirely to compliance and ethics program related matters.  He has practiced in this field since 1991.