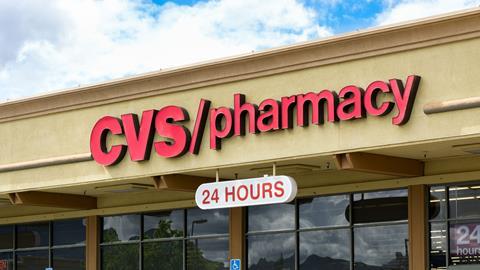 A series of alleged compliance failures at pharmaceutical services provider Omnicare has resulted in the Department of Justice intervening in yet another civil healthcare fraud lawsuit against the company.

On Tuesday, the Department of Justice announced it intervened in two consolidated whistleblower lawsuits filed in the U.S. District Court for the Southern District of New York against Omnicare and its parent company, CVS Health, which acquired Omnicare in May 2015.

According to the allegations, from 2010 until 2018, Omnicare and CVS allowed Omnicare pharmacies to dispense non-controlled prescription drugs to tens of thousands of elderly and disabled individuals living in assisted living and other residential long-term care facilities across the country based on prescriptions that had expired, were out of refills, or were otherwise invalid. The government’s complaint seeks damages and civil penalties under the False Claims Act for fraudulently billing federal healthcare programs for these invalid prescriptions.

Specifically, the complaint alleges Omnicare failed to obtain new prescriptions from patients’ doctors after the old ones had expired or run out of refills. Instead, it assigned a new number to the old prescription and kept on dispensing drugs for months, and sometimes years, after the prescriptions had expired. The company referred to this process internally as “rolling over” prescriptions.

“A pharmacy’s fundamental obligation is to ensure that drugs are dispensed only under the supervision of treating doctors who monitor patients’ drug therapies,” said Manhattan U.S. Attorney Geoffrey Berman. “Omnicare blatantly ignored this obligation in favor of pushing drugs out the door as quickly as possible to make more money.”

CVS Health said in a statement it intends to “vigorously defend” itself in court.

The complaint describes several compliance failures leading up to the government investigation:

Senior Omnicare and CVS management ignore rollover problem. “Omnicare’s compliance department succinctly acknowledged the dispensing problem in an internal April 2015 e-mail, in which one regional compliance officer stated, ‘An issue that I am running into more and more in multiple states concerns the ability of our systems to allow prescriptions to continue to roll after a year to a new prescription number without any documentation or pharmacist intervention,’ ” according to the complaint. “A compliance officer then forwarded the e-mail to the head of Omnicare’s third-party audit group, who responded that she had a ‘potential solution (programmed last year) but no one is rolling it out now.’ ”

The complaint further argued Omnicare operations and compliance managers were alerted to the problem through several other sources, including:

Even with this knowledge, “neither Omnicare nor CVS addressed the problem until after they became aware of the government’s investigation,” the complaint stated.

Internal audits ignored. The complaint also said internal audits discovered Omnicare pharmacies “often lacked valid prescriptions to support drug dispensations.” For example, a 2012 draft report summarizing an Omnicare audit of pharmacy processes and controls reported a “recurring issue” identified in multiple operational audits that year. The report stated that, “renewal physician orders are not consistently obtained due to the lack of an automated process to prevent the pharmacy from dispensing an order beyond 12 months.” This draft report was circulated to several compliance officers, including Omnicare’s chief compliance officer, “who did nothing to correct the problem,” the complaint states.

No training programs in place to support pharmacy staff. Instead of putting in place comprehensive compliance and training programs to support pharmacy staff, Omnicare’s management focused on maximizing the prescriptions filled by each pharmacy through its automated computer dispensing systems. “Indeed, Omnicare’s business strategy, as touted to its investors, was to rely on the use of automation to dispense and deliver drugs,” the complaint stated.

The complaint also described the RCOs “narrow” role, given that they “were not responsible for ensuring that pharmacies complied with specific state pharmacy regulations and were not even required to be familiar with such regulations. Instead, compliance with applicable laws regarding the dispensing of prescription drugs—the core of Omnicare’s business—was left to the pharmacies themselves.”

Regular, comprehensive audits were not conducted. Omnicare did not conduct regular, comprehensive audits of its pharmacies to ensure their dispensing practices for non-controlled prescription drugs were consistent with applicable laws. “Specifically, the company did not regularly audit pharmacies to determine whether drug dispensations were supported by valid prescriptions,” according to the complaint.

Due, in part, to its “ineffective compliance program,” the complaint continued, Omnicare has been subject to several federal investigations and lawsuits. In 2012, for example, Omnicare reached a $50 million settlement with the Justice Department over claims Omnicare’s pharmacies had dispensed controlled substances to long-term care patients across the country without proper prescriptions.

Omnicare, thus, has long been aware dispensing drugs without valid prescriptions violates federal law. “Yet, while DOJ’s claims and the resulting settlement forced Omnicare to enhance its compliance efforts for controlled substances,” the complaint states, “the company did little to ensure that its pharmacies complied with prescription requirements for non-controlled drugs.”