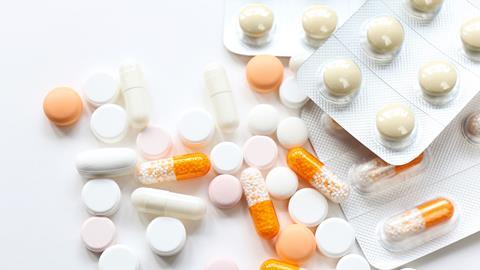 Two pharmaceutical companies—Astellas Pharma US and Amgen—will pay a total of $124.75 million to resolve allegations that they violated the False Claims Act by illegally paying the Medicare co-pays for their own high-priced drugs, the Department of Justice announced April 25.

The Anti-Kickback Statute prohibits pharmaceutical companies from offering or paying, directly or indirectly, any remuneration—which includes money or any other thing of value—to induce Medicare patients to purchase the companies’ drugs. According to the allegations, Astellas and Amgen “conspired with two co-pay foundations to create funds that functioned almost exclusively to benefit patients taking Astellas and Amgen drugs,” said U.S. Attorney Andrew Lelling. “As a result, the companies’ payments to the foundations were not ‘donations,’ but rather were kickbacks.”

Astellas has agreed to pay $100 million to resolve the government’s allegations, while Amgen will pay $24.75 million. Additionally, Amgen and Astellas each entered five-year corporate integrity agreements (CIAs) with the Office of Inspector General as part of their respective settlements.

The CIAs require the companies to implement measures, controls, and monitoring designed to promote independence from any patient assistance programs to which they donate. In addition, Amgen and Astellas agreed to implement risk assessment programs and to obtain compliance-related certifications from company executives and board members.

Lelling warned, “We will keep pursuing these cases until pharmaceutical companies stop engaging in this kind of behavior.”

To date, the Department of Justice has collected over $840 million from eight pharmaceutical companies—United Therapeutics, Pfizer, Actelion, Jazz, Lundbeck, Alexion, Astellas, and Amgen—that allegedly used third-party foundations as kickback vehicles. The U.S. Attorney’s Office for the District of Massachusetts initiated each of these investigations.