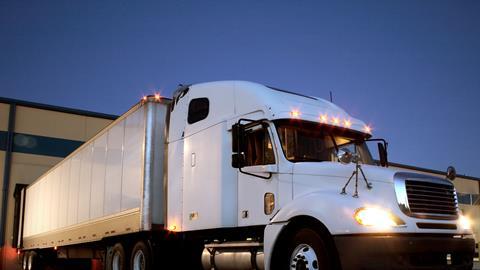 Celadon Group to pay $42.2M in restitution for accounting fraud

In a complaint filed Thursday in the Southern District of Indiana, the Securities and Exchange Commission alleged that between mid-2016 and April 2017, Celadon avoided recognizing at least $20 million in impairment charges and losses—almost two-thirds of its 2016 pre-tax income—by selling and buying used trucks at inflated prices from third parties. Because of the alleged scheme, Celadon overstated its pre-tax and net income and earnings per share in its annual report for the period ending June 30, 2016, and in its subsequent public filings for the first two fiscal quarters of 2017, according to the complaint.

The SEC’s complaint charges Celadon with fraud, along with reporting, books and records, and internal control violations. Celadon admitted to those violations and agreed to a permanent injunction and to remediate the material weaknesses in its internal control over financial reporting.

Celadon has also agreed to pay $7 million in disgorgement, which will be deemed satisfied by Celadon’s payment of restitution in a separate action announced by the Department of Justice.

According to the Department of Justice, Celadon provided trucking and transportation services in the United States, Mexico, and Canada. Quality Companies was a wholly owned subsidiary of Celadon that leased tractors and trailers to owner-operator truck drivers. Between 2013 and 2016, Quality’s inventory grew rapidly, from approximately 750 tractors and trucks to more than 11,000.

Quality’s financial performance began to struggle in 2016 due, in part, to a slowdown in the trucking market. In addition, Quality owned a significant number of truck models with mechanical issues, which many drivers did not want to lease. By 2016, many of Quality’s trucks were idle, unleased and overvalued on Quality’s books by tens of millions of dollars.

“Instead of properly reporting Quality’s financial difficulties to investors, members of Celadon’s and Quality’s senior management team, all acting within the scope of their employment, participated in a scheme that resulted in Celadon falsely reporting inflated profits and inflated assets to the investing public through Celadon’s financial statements,” the Justice Department said.

Between June 2016 and October 2016, Quality engaged in a series of trades to dispose of its aging and unused trucks. To avoid disclosing the losses connected to these trucks, executives executed the trades using invoices purposely inflated well above market value. Celadon ultimately used these invoices and inflated truck values to hide millions of dollars of losses from investors.

In response, multiple members of Celadon’s and Quality’s management falsely represented to independent auditors that the transactions were done at fair market value and that they were not trades, the Justice Department said. Celadon’s auditor ultimately withdrew its audit opinion for certain Celadon financial statements, causing the price of Celadon’s stock to plummet and causing investors to lose tens of millions of dollars.

Under the terms of the deferred prosecution agreement (DPA), Celadon must pay full restitution of $42.2 million. Celadon also agreed to implement rigorous internal controls and cooperate fully with the Justice Department’s ongoing investigation, including its investigation of individuals.

Under the DPA, prosecution of the company for securities fraud will be deferred for an initial period of approximately five years, subject to approval by the court, “to allow Celadon to demonstrate good conduct,” the Justice Department said.

The Justice Department said it reached this resolution based on numerous factors, including Celadon’s ongoing cooperation with the United States and its remedial efforts. For example, the company no longer employs the executives involved in wrongdoing, and it has replaced its executive management team. Furthermore, Celadon created the new position of chief accounting officer and hired an experienced internal audit staff member reporting directly to the company’s internal audit manager.