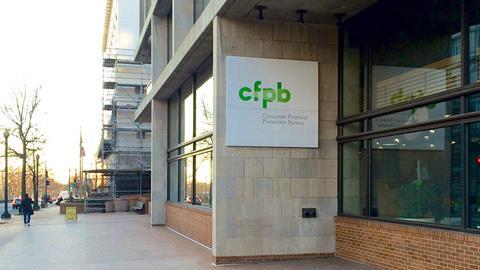 The Consumer Financial Protection Bureau announced it will continue to publish consumer complaints in its Consumer Complaint Database, a log of consumer gripes in which the consumer gets to remain anonymous but the institution against whom the complaint is made does not. The bureau had received more than 26,000 comments from individuals and organizations in response to a request for feedback about the database made in 2018.

“Since its inception, the Consumer Complaint Database has not been without controversy,” CFPB Director Kathleen Kraninger said in a Sept. 18 statement announcing the continuation of the database. The bureau has handled more than 1.9 million complaints, and in excess of 5,000 financial companies have provided timely responses to the complaints sent to them, Kraninger said at the National Consumer Empowerment Conference.

While the bureau removes the personal information of consumers before publishing complaints in its database and allows companies the opportunity to provide a public response, the information “is made available to the public without editorializing on our part, so the public can review and analyze the information and draw their own conclusions,” Kraninger said.

In essence, the database is a public bulletin board of sorts, explained Anthony Alexis, a partner at Goodwin who leads the law firm’s consumer financial services enforcement practice. He is also a former head of the CFPB enforcement office.

The problem is, “there is a significant risk of disgruntled consumers making unfair complaints, given that the CFPB does not and cannot verify the bases of all these complaints,” said Quyen Truong, a partner at law firm Stroock & Stroock & Lavan who previously served as assistant director and deputy general counsel at the CFPB.

Indeed, “businesses have gone so far to say that they view the database as the government’s version of Yelp,” Kraninger acknowledged.

That may have been an unintended consequence of a tool intended to help consumers. “If you read a bad Yelp review, you are not going to call the restaurant up and ask for their version,” said Alexis, noting he is not criticizing the online business directory that features user reviews. In the financial products context, consumers reading a complaint in the government’s database “might bypass opportunities to use an institution’s products because they are basing their decision on imperfect information,” Alexis explained. Disgruntled consumers angry at the universe just might escalate their complaints directly to the government for publication and resolution rather than proceeding through more conventional channels, like calling the institution itself.

“Continued publication of unverified consumer complaints undoubtedly will continue to be a thorn in the side of financial institutions,” observed Truong. “These complaints could continue to attract negative scrutiny by enforcement authorities, litigants and critics.”

An effort to appease

The bureau will be modifying its website to more prominently display disclosures that the complaints in the database are not actually a statistical sample of consumer experiences in the marketplace, the CFPB reported when announcing its decision to continue the public database of complaints. Its website will also highlight the ability of consumers to contact financial companies directly.

The bureau also intends to develop dynamic visualization tools “to help users of the database understand current and recent marketplace conditions,” the CFPB announced. The bureau also is contemplating the expansion of a company’s ability to respond publicly to complaints listed in the database. Ways to place complaint data in the context of other data—like company size and market share—are also being assessed by the bureau.

“We intend to engage with stakeholders beginning this winter 2019 to identify opportunities and risks associated with expanding the Optional Company Public Response options,” Kraninger said. Data visualization and trend analytics tools will begin rolling out in the spring of 2020.

The planned changes “hopefully will reduce the volume of complaints and the misimpression that the complaints constitute proof of institutions’ guilt,” Truong said.

Even as those efforts move forward, the dicey matter of the constitutionality of the bureau’s structure is winding its way through the court system. The federal government is seeking Supreme Court review of a 9th Circuit case involving the bureau’s efforts to obtain information from a debt-relief services law firm. The bureau’s director may only be removed for cause, which the federal government is now arguing is a violation of the Constitution’s separation-of-powers requirements.

“Uncertainty regarding the constitutionality of the CFPA’s removal provision has caused unnecessary delay in many of our enforcement and regulatory actions,” Kraninger said. Nevertheless, “my decision to no longer defend the removal provision does not mean that the Bureau will stop its work.”

Even so, financial institutions may now feel more empowered “to push pack more aggressively against the CFPB’s supervision and enforcement activities,” Truong said.