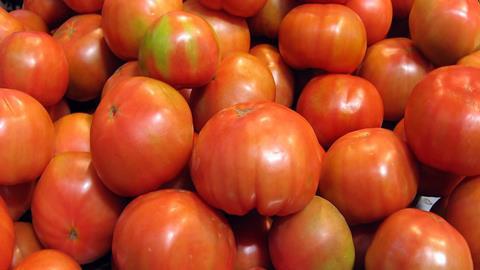 Tariff-mania is about to clash with your favorite burgers and salad bars.

The U.S., mired in a countdown to additional Chinese tariffs, will impose a 17.5 percent tariff on Mexican tomato imports beginning Tuesday. Shortages and spiking prices are predicted.

The tariffs result from the collapse of a longstanding agreement between American and Mexican tomato growers. Mexican imports account for about 54 percent of the U.S. tomato market.

On Nov. 14, 2018, representatives of the domestic tomato industry requested that the Department of Commerce terminate the 2013 Suspension Agreement on Fresh Tomatoes from Mexico. On Feb. 6, 2019, the Department notified the Mexican signatories that Commerce intends to withdraw from the Agreement,

On Feb. 7, the Commerce Department provided 90 days’ notice that it would withdraw from the agreement on fresh tomatoes from Mexico unless a deal could be reached between growers in both countries. A formal announcement came Tuesday, with the mention “that negotiations will continue regarding a possible revised agreement acceptable to the Mexican signatories which also addresses the concerns of the U.S. industry to the extent permissible by domestic trade laws.”

On May 7, 90 days after Commerce notified those Mexican signatories, the Department withdrew from the Agreement. As a consequence of withdrawal, the Agreement was terminated.

“The Department of Commerce remains committed to ensuring that American domestic industries are protected from unfair trading practices,” said Secretary of Commerce Wilbur Ross. “We remain optimistic that there will be a negotiated solution.”

The Florida Tomato Exchange issued the following statement in response to a proposal from Mexican Growers for a new tomato suspension agreement:

“The domestic industry remains open to negotiating a new suspension agreement to prevent unfairly traded Mexican tomatoes from continuing to injure American tomato producers. We welcome the Mexican proposal because, for the first time, it contains some useful suggestions on how to prevent circumvention of the suspension agreement by Mexican producers. We will be providing comments to the Commerce Department on the Mexican proposal along with ideas on how to improve the earlier Commerce Department proposal. We are hopeful this will lead to negotiations between the Mexican growers and the Commerce Department for a new suspension agreement that will finally meet the statutory requirement to eliminate completely the injurious effects of unfairly traded tomatoes.”

The Fresh Produce Association of the Americas (FPAA), however, expressed disappointment with the latest turn of events.

“The agreement has been an important tool in protecting over 33,000 American jobs and creating stability in the marketplace,” it wrote. “It is our understanding that the Mexican growers put several proposals on the table to improve an already-effective agreement. Despite the fact that the agreement has been terminated, our hope is that Commerce continues to work in good faith with the growers in Mexico to negotiate a new agreement that balances concerns of growers in Florida with the need to protect our robust trading relationship.”

“The tomato industry is healthy today because of the pioneering U.S. companies that import produce from Mexico,” it added.