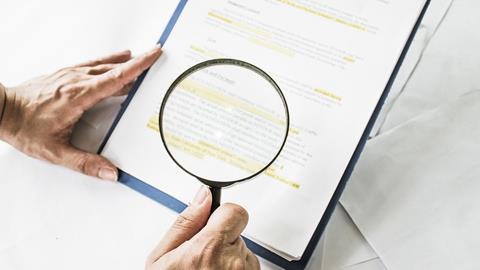 The Financial Industry Regulatory Authority announced March 5 that it has fined Cantor Fitzgerald & Co. $2 million for Regulation SHO violations and supervisory failures spanning a period of at least five years.

As part of the settlement, Cantor also agreed to retain an independent consultant to conduct a comprehensive review of the firm’s policies, systems, procedures, and training related to Reg SHO.

The Securities and Exchange Commission adopted Reg SHO to address concerns regarding persistent failures to deliver potentially abusive “naked” short selling (e.g., the sale of securities that an investor does not own or has not borrowed). The rule requires firms to deliver the shares on settlement date or take affirmative action to close out the “failure to deliver” shares by purchasing or borrowing the securities. If the failure to deliver is not closed out, the firm may not accept additional short sale orders in the security without first borrowing or arranging to borrow the security.

FINRA found that, from January 2013 through December 2017, Cantor’s supervisory system, including its written supervisory procedures (WSPs), was not reasonably designed to achieve compliance with the requirements of Reg SHO. Cantor’s use of a predominantly manual system to supervise its compliance with Reg SHO was not reasonable in light of the firm’s business expansion and increased trading activity—from 35 billion shares in 2013 to 79 billion shares in 2014.

Additionally, Cantor’s compliance personnel identified red flags in 2013, 2014, and 2015 indicating that the firm had systemic issues with Reg SHO and that its supervisory systems were not reasonably tailored to its business, FINRA said. While Cantor made some changes, it did not adapt and enhance its supervision to address the deficiencies its personnel identified, commit additional staffing to monitoring its compliance with Reg SHO, or implement WSPs relating to its new lines of business until 2016.

FINRA also found that Cantor failed to timely remediate issues identified by its personnel. This was not reasonable considering, among other things, the firm’s prior disciplinary history relating to Reg SHO. As a result, Cantor did not timely closeout at least 4,879 fails-to-deliver and routed and/or executed thousands of short orders in those securities without first borrowing (or arranging to borrow) the security or issuing notice of the need for a pre-borrow to the broker-dealers for whom it cleared and settled trades.

“Firms need to ensure that their supervisory systems are reasonably tailored to their business, and once they become aware of deficiencies in their supervisory systems, they must promptly remediate them,” said Susan Schroeder, FINRA executive vice president, Department of Enforcement. “As our Annual Examination Priorities letters make clear, firms’ compliance with Regulation SHO is a continued focus for FINRA when evaluating operational risk and is necessary to preserve investor confidence.”

In determining the sanctions imposed, FINRA considered Cantor’s prior disciplinary history relating to Reg SHO, that the misconduct occurred over approximately a five-year period, the firm’s failure to address red flags in a timely manner, and the continuing supervision deficiencies, as well as the firm’s efforts to improve its supervisory systems. In settling this matter, Cantor neither admitted nor denied the charges but consented to the entry of FINRA’s findings.