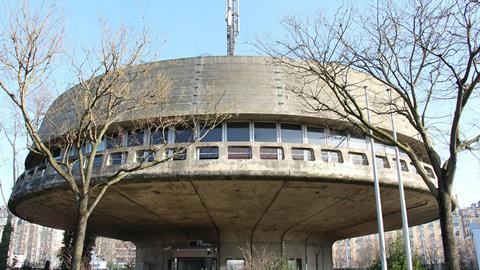 Seven former France Telecom executives have gone on trial over allegations that the cost-cutting regime they presided on over a decade ago caused dozens of employees to take their own lives.

Former CEO Didier Lombard, his former No. 2 Louis-Pierre Wenes, and Olivier Barberot, the ex-head of human resources at France Telecom (which changed its name to Orange in 2013), are on trial for unprecedented charges of “moral harassment” that allegedly prompted 35 employees to take their lives in 2008 and 2009 (and dozens more to attempt to do so).

Four others, including Brigitte Dumont, the company’s current head of corporate and social responsibility, are charged with aiding and abetting the harassment.

All seven executives, as well as Orange itself, deny the charges.

The case is the first time a French chief executive from a blue-chip company has been placed on trial for workplace bullying. It is also notable because Lombard is not being singled out for personally targeting individuals, but for presiding over a collective managerial bullying approach that spread across the company.

France Telecom, a former state-owned company, was partly privatized in 1997 but still employed around 100,000 workers a decade later when it initiated what unions described as a “brutal” restructuring plan that cut head count by 22,000 workers while shifting another 10,000 people into new jobs between 2006 and 2008.

A 2010 report by labor inspectors said managers used “pathological” methods to reduce employee numbers. Lombard was reported to have told senior managers in 2007 that he would “get [employees] out one way or another, through the window or through the door.”

Lombard’s turn of phrase proved unfortunate. In July 2008, a 53-year-old technician named Jean-Michel Laurent threw himself under a train minutes after talking to a colleague. Another technician named Michel Deparis, who described his workplace as “management by terror,” ended his life in July 2009, leaving a note that attributed his suicide to his “work at France Telecom.”

Another employee jumped off a highway bridge in the French Alps after leaving a note blaming the workplace environment, while one woman threw herself from a sixth-floor window after learning she would get a new boss. Another employee set himself on fire in a work car park.

In one particularly difficult period in 2010, the company experienced five suicides in 10 days. Lombard resigned the same year following criticism for management’s handling of the crisis.

During their investigation, magistrates focused on the cases of 39 employees—19 of whom killed themselves, 12 who tried to, and eight who suffered from acute depression or were signed off sick as a result of it.

According to the telecommunications workers union, CFE-CGC, which has brought the action on behalf of former employees, a hundred new plaintiffs have been added to the original 39 plaintiffs in the investigation file.

In a statement, the union said: “We want an exemplary condemnation, so that the managers of companies tempted by these methods of management know from now on that they can not act with impunity”

In a letter he read out to the Paris court on the first day of the trial Monday, Lombard said that “the transformations a business has to go through aren’t pleasant, that’s just the way it is. There’s nothing I could have done,” adding that, “If I hadn’t been there, it would have been the same, if not worse … The problem was that we had to get our house in order.”