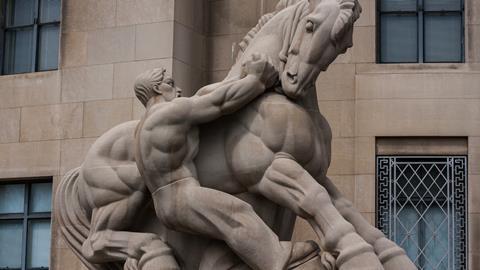 The FTC said it ordered the companies to “provide information and documents on the terms, scope, structure, and purpose of transactions that each company consummated between Jan. 1, 2010 and Dec. 31, 2019.” The acquisitions in question involved entities being purchased or acquired that were too small to be reported to federal agencies under the antitrust provisions of the Hart-Scott-Rodino (HSR) Act. The FTC said it was seeking to use the information to determine if “large tech companies are making potentially anticompetitive acquisitions of nascent or potential competitors that fall below HSR filing thresholds.”

Once the FTC acquires the information from the Big Five tech companies, the commission said it would use it to “examine trends in acquisitions and the structure of deals, including whether acquisitions not subject to HSR notification might have raised competitive concerns, and the nature and extent of other agreements that may restrict competition. The Commission also seeks to learn more about how small firms perform after they are acquired by large technology firms.”

The FTC invoked its investigatory powers to “conduct wide-ranging studies that do not have a specific law enforcement purpose” under the FTC Act. The vote to issue the order was 5-0.

“Digital technology companies are a big part of the economy and our daily lives,” said FTC Chairman Joe Simons. “This initiative will enable the Commission to take a closer look at acquisitions in this important sector, and also to evaluate whether the federal agencies are getting adequate notice of transactions that might harm competition. This will help us continue to keep tech markets open and competitive, for the benefit of consumers.”

Compliance Week reached out to all five companies for comment. As of publication, only Amazon replied. The company declined to comment.

The announcement comes as Big Tech is under increased scrutiny from the federal agencies and politicians of both major parties.

In June 2019, the Department of Justice announced the launch of an antitrust investigation into Big Tech. Just a month later, in July 2019, the FTC issued its largest-ever fine, a $5 billion penalty against Facebook for violating consumers’ privacy, and a 20-year settlement order, which imposed significant structural reforms on how the company could operate moving forward, including greater corporate accountability and compliance monitoring.

Presidential candidate Sen. Elizabeth Warren (D-Mass.) has called for the government to break up large tech companies, saying in a 2019 blog post that they have “bulldozed competition.”

On Monday, Sen. Josh Hawley (R-Mo.) unveiled a proposal to dismantle the FTC and place its investigatory powers under a division of the DOJ. He said the FTC’s current structure, beset by power struggles between itself and the DOJ, has failed to act as big technology companies swallowed up market share.

“The FTC has stood by as actors in digital markets violated the law to obtain monopoly power,” he said.

Two FTC commissioners—Christine S. Wilson and Rohit Chopra—who supported the FTC’s request for information said in a statement they would like the Commission to next examine “sub-HSR deals” in the healthcare industry. They also said the FTC should consider “studies that explore consumer protection issues arising from the privacy and data security practices of technology companies, including social media platforms.”