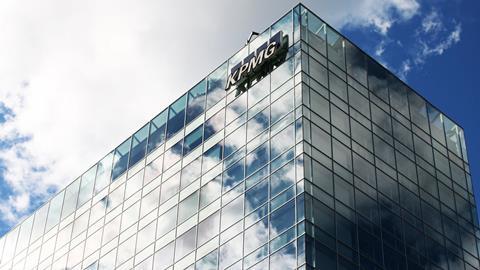 Cheating allegations against KPMG have gone much deeper after the Securities and Exchange Commission revealed a $50 million settlement Monday over not only stolen inspection information but also cheating on internal exam results.

As the SEC was determining how to deal with allegations of an effort among KPMG audit leaders to subvert regulatory inspections with stolen information, KPMG reported to the SEC late in 2018 that it found evidence of auditors sharing internal training exam answers and manipulating test results.

The SEC says it settled both sets of allegations with a $50 million penalty and remedial actions that include the placement of an independent consultant to review the firm’s compliance with ethics and integrity codes. The settlement includes an admission by KPMG to the allegations, the SEC said.

“These are two instances of misconduct with different but common themes—KPMG professionals compromising efforts to test their performance,” said Steven Peikin, co-director of the SEC’s enforcement division, in a conference call with members of the media. In the first case, “KPMG personnel literally stole the test,” he said. In the second instance, “KPMG professionals simply shared the answer key with one another or manipulated the scoring of exams.”

Peikin said he couldn’t discuss the SEC’s process for arriving at the fine, reportedly the highest the SEC has ever extracted from an audit firm. While taking into account the firm’s cooperation and the various remedial actions that went along with the settlement, including the firm’s admission to the findings, “we view the $50 million fine as an appropriate penalty,” he said.

A KPMG spokesman said the firm has learned “important lessons” through the experience. “We are a stronger firm as a result of the actions we are taking to strengthen our culture, our governance, and our compliance program,” he said. “As we move forward, we are committed to delivering the highest quality and fulfilling our important role in the capital markets.”

According to the SEC and the Department of Justice, former KPMG audit leaders beginning in 2015 illegally obtained from the Public Company Accounting Oversight Board advance notice of which of its audits would be selected for inspection in an effort to improve dismal inspection results.

KPMG hired a PCAOB staff member, who brought with him to his new job information he improperly took from the PCAOB, according to the allegations. The information transfer continued with additional staff members at the PCAOB who were also seeking employment at KPMG. The DOJ settled criminal fraud and conspiracy charges with three former KPMG auditors, while David Middendorf, former national managing partner for audit quality at KPMG, is appealing his loss at trial.

Earlier this year, the PCAOB published KPMG’s inspection results after reinspecting new audits to correct for the effects of the ill-gotten advance notice. The results show 43 percent of the audits selected for inspection in 2016 contained deficiencies and that rose to 50 percent in 2017. The PCAOB also republished reports for 2014 and 2015 to expose firm failures to address problems with audit quality control.

The SEC’s investigation into the inspection scandal revealed audit leaders not only used advance notice of inspections to modify audit files but at least one instance where a former KPMG partner used improperly obtained PCAOB information on another audit firm’s inspection to try to win new business for KPMG, according to the SEC’s enforcement order. Peikin said any SEC action against individuals in that case will be resolved after criminal proceedings are completed.

While the SEC was investigating the inspection scandal, KPMG revealed to the staff it had learned that auditors at all seniority levels in the firm—before, during, and after the inspections scandal became public—gamed internal training testing that was intended to gauge their understanding of a variety of accounting principles, the SEC says.

In addition to continuing education and firm training requirements, the SEC had ordered KPMG to provide some internal staff training as part of an August 2017 settlement of enforcement action, said Peikin. “KPMG audit professionals circumvented” the testing, he said, by sharing answers on the exam and by manipulating the hyperlink to the test “so they could pass the test with whatever low score they got,” he said. The test turned out passing grades for results of as low as 25 percent, he said.

According to the SEC’s settled order, the activity was extensive. “A number of lead audit engagement partners not only sent exam answers to other partners, but also solicited answers from and sent answers to their subordinates,” the SEC says.

Peiken says KPMG has retained an outside firm to continue to investigate the extent of the exam cheating and to determine appropriate employment consequences for those involved. The SEC’s investigation is also continuing, he said, although he declined to say whether the SEC could or would bring additional charges against individuals.

According to the SEC’s order, KPMG must engage in an extensive process of internal investigation, independent oversight, and reporting to the SEC to address how it will clean up its approach to ethics and integrity and how it will mete out employment consequences to auditors involved in test cheating. The process includes supplemental ethics training for all of KPMG’s auditors.